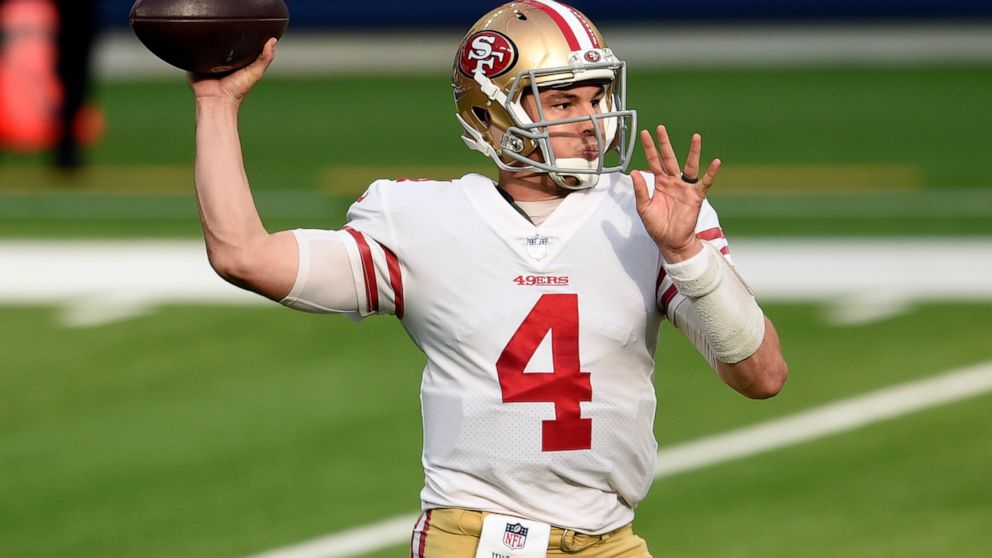 The San Francisco 49ers will play two home games in Arizona after new coronavirus regulations put in place by officials in Northern California forced the team to find a temporary new home.

The 49ers (5-6) will host the Buffalo Bills next Monday night and Washington on Dec. 13 at State Farm Stadium, home of the Arizona Cardinals, because they won’t be able to practice or play games in their home in Santa Clara County for three weeks.

The team said it will have information on practice arrangements later but it will likely need to look outside the area because the rules imposed by Santa Clara County will require the players to quarantine for 14 days any time they travel more than 150 miles.

Niners CEO Jed York said the team had offers from San Diego and Arizona but playing at the Cardinals’ home proved to be the best option. He thanked Cardinals owner Michael Bidwell and the officials in Arizona for their help in “these unprecedented times.”

“The Cardinals organization, State Farm Stadium and League officials have been supportive and accommodating as we work through the many logistical issues involved in relocating NFL games,” the 49ers said in a statement.

Santa Clara County announced rules Saturday that include a three-week ban on practices and games for contact sports starting Monday. The Niners were on a plane getting ready to travel to Los Angeles, where they beat the Rams 23-20 on Sunday, when the players and coaches heard about the rules.

Now they will likely head on an even longer road trip while trying to make a late-season playoff run. San Francisco is currently one game out of a playoff spot.

“The biggest thing for me is us all leaving our families,” coach Kyle Shanahan said after the game. “We’re all human just like everyone else. It’s a big deal to leave your family for the whole month of December. A huge deal, as everyone knows. This virus is a huge deal.”

Shanahan said it was “extremely disappointing” the players and coaches learned about the new rules on social media as they were on the plane.

The county said the dramatic rise in cases required “quick action” and that the priority was making sure there is enough hospital space to deal with the coronavirus and any other health issues.

“The 49ers are one of the thousands of organizations impacted by our most recent actions,” the county said in a statement. “The County of Santa Clara has been in regular communication with the 49ers both before and after the announcement of the revised mandatory directive affecting all contact sports. We continue to do everything we can to support the 49ers, as well as all local businesses, affected communities, and families impacted by the pandemic.”

The Niners have road games scheduled at Dallas on Dec. 20 and then again on Dec. 26 at their temporary home in Arizona against the Cardinals.

They finish the season with a home game against Seattle on Jan. 3, which could be played at Levi’s Stadium if the ban is lifted as scheduled Dec. 21.

“We just got to have that open mind and positive attitude and make sure that first and foremost that everybody’s safe,” said running back Raheem Mostert, whose wife gave birth to the couple’s second child during the season back home in the Cleveland area. “That’s the main goal.”

The AFC East-leading Bills (8-3) return to Arizona for the second time in a little over three weeks, following a heartbreaking 32-30 loss to the Cardinals. The game was decided by DeAndre Hopkins’ leaping catch of Kyler Murray’s 43-yard touchdown pass with two seconds left.

The catch was immediately dubbed the “Hail Murray,” and came 32 seconds after Buffalo pulled ahead on Stefon Diggs’ 21-yard touchdown reception. Buffalo squandered a 23-9 lead before heading into its bye week.

The Bills are coming off a 27-17 win over the Los Angeles Chargers.

The rules also will impact the San Jose Sharks of the NHL and college teams at Stanford and San Jose State.

There is no start date yet for NHL training camp but some Sharks players have been taking part in voluntary rehabilitation and training in a socially distanced setting at the team’s facility in San Jose. The team said those will have to be modified to comply with the health order.

“We are reviewing what options may be available locally to allow these players to receive rehabilitation treatment and continue their training for the upcoming season,” the team said in a statement.