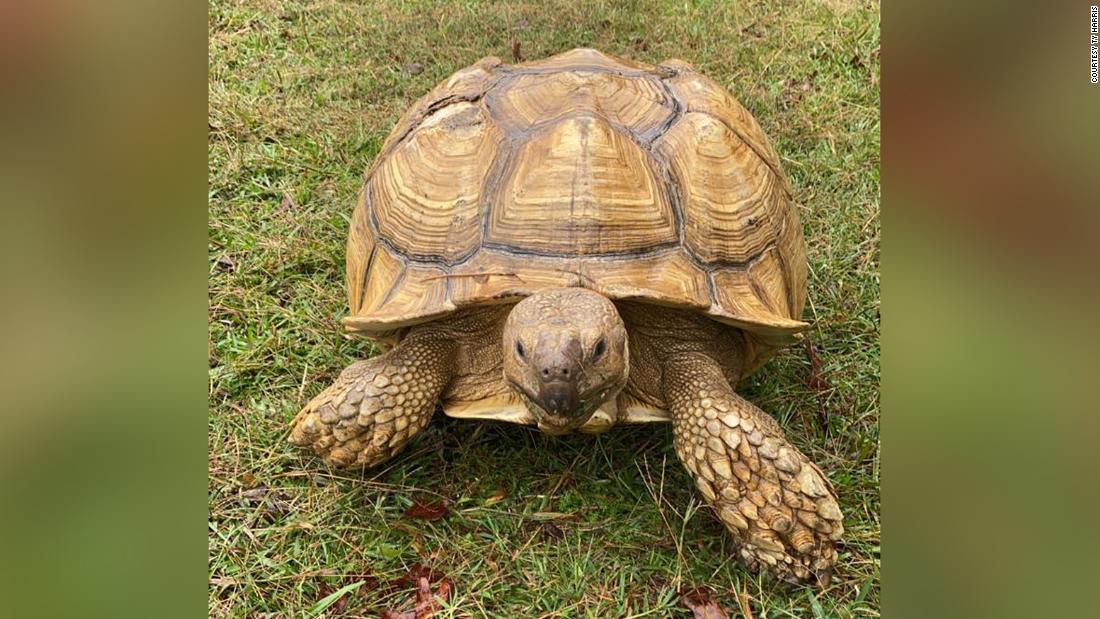 It’s fitting that his name is Sparkplug.

The surprisingly nimble African spurred tortoise, at an estimated 60 years old, returned to his Sardis City home last week after two days on the lam, his owner Ty Harris told CNN. It was the first time the family tortoise had ever attempted an escape.

“He just went out on the town a little bit,” Harris said. “He had to take a journey.”

Harris and his wife, a school teacher and school principal, respectively, were at school when Sparkplug made his escape. Harris said the hard-shelled runaway must’ve pushed up against the fence until he broke the chain link apart and let himself out.

“I wasn’t worried about anything hurting him,” Harris said, noting Sparkplug’s shell armor and scaly legs. “I was worried about when it got cold.”

Sparkplug relies on artificial heat during the fall and winter months to regulate his body temperature. Without that, Harris worried he’d freeze.

There was a limited window to bring Sparkplug home

So the race was on. With limited time before a cold front moved in, Harris shared a photo of Sparkplug with a plea to return him on Facebook, where friends shared his post widely.

Eventually, the photo of Sparkplug made its way to the man who found him. He told Harris that Sparkplug made it about 100 yards away from the home and crossed a road when he found the tortoise, picked him up (a feat, considering Sparkplug’s size) and hoisted him into the back of a truck.

The man owned land about 30 miles away and, thinking that Sparkplug was a turtle and enjoyed being in the water, dropped off the hefty tortoise at a pond on his sprawling country property. He didn’t know then that the “turtle” he’d found on the side of the road was a beloved African spurred tortoise who’d run away from home.

Sparkplug, whose species is native to the Sahara Desert in Northern Africa, did not enjoy the water, so he went back on his way, making him even more difficult to find.

Harris and his daughter searched for Sparkplug on the man’s land, following the tortoise’s trail through soybean fields and heeding tips from neighbors from said they’d spotted him.

But their first night of searching turned up short.

The next day, the man who found Sparkplug the first time found him again, tucked in a corner of the property Harris hadn’t yet searched. He was returned to his family safe and sound after 48 hours away.

A part of the family for over a decade

Harris and his family have had Sparkplug for about 10 years now. He’s the one animal they’ve kept from their days of operating an animal sanctuary for rescued big cats and other wild animals.

“Sparkplug just kinda came with us,” Harris said. “He was part of the family.”

Aside from his quick trip out of town, Sparkplug is content with his backyard home, Harris said. The family dug him a burrow where he can wait out the cold and keep out of the Southern sun for a while.

But clearly, the chain link wasn’t cutting it anymore, so Harris is renovating Sparkplug’s enclosure so as to prevent a future escape. This time, he’s using rebar and wooden boards to reinforce his enclosure.

Sparkplug has become something of a celebrity in Harris’ town. Kids and parents stop by for a photo op, and Harris’ family members who garden come toss their extra harvest over Sparkplug’s fence so he can gorge on squash and watermelon.

“Everybody kind of knows about and kind of takes care of him,” Harris said.

He’s even fielding offers to adapt his story into a children’s book, his owner said. But for now, Sparkplug is satisfied in his burrow, back with his family, spending his days chowing down and staying put. 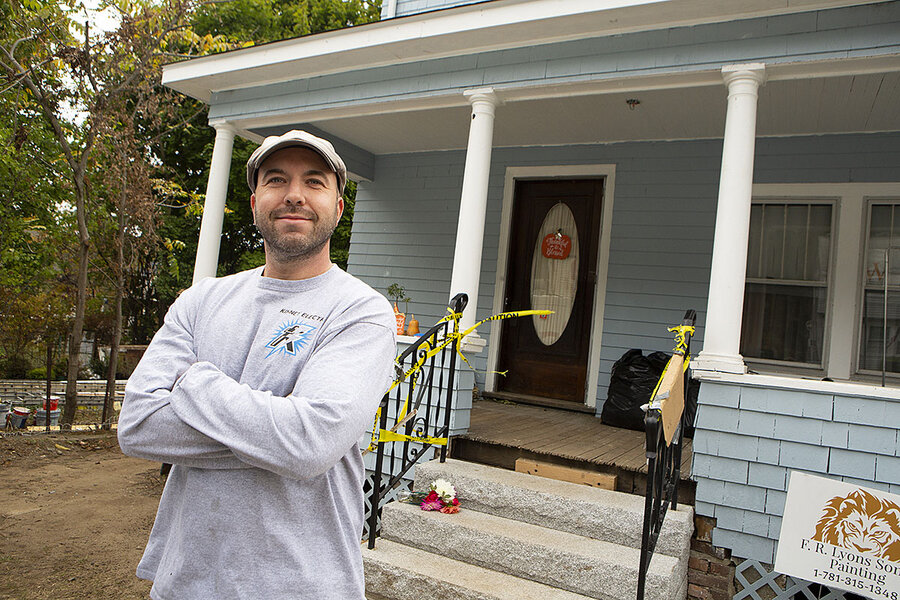