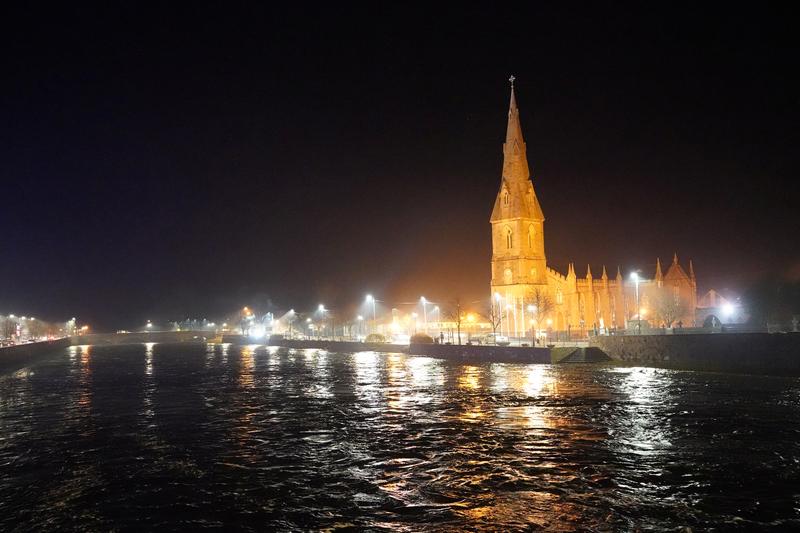 BALLINA, Ireland (Reuters) – COVID-19 restrictions may have shut the pubs in the western Irish town of Ballina but that did not stop Joe Biden’s ancestral home from celebrating his presidential election victory on Saturday.

Biden’s great-great-grandfather Edward Blewitt grew up in the old market town, the birthplace of Mary Robinson, Ireland’s first female president. Blewitt emigrated after the Irish potato famine of the 1840s to Biden’s birthplace of Scranton, Pennsylvania, a sister city of Ballina.

A large painted mural of Biden has overlooked the County Mayo town’s square for weeks and locals surrounded by American flags and ‘Biden/Harris’ posters popped champagne on Saturday. One drove a blue Mustang car with the license plate “Biden #1” .

“Probably the best day of my life,” said Laurita Blewitt, a third cousin who was invited by the former vice president onto the campaign trail earlier this year and was in the White House when Biden received the Presidential Medal of Freedom in 2017 from Barack Obama.

“It’s just the best thing ever. His Irishness is very much attached to him and I know he will try and get over as quick as he can and we will be thrilled to have him here,” said Blewitt, who spoke to Biden’s brother Jimmy shortly after he was declared the victor.

Blewitt’s brother, a plumber also named Joe, redecorated his van with the slogan: “Joe Biden for the White House and Joe Blewitt for YOUR HOUSE.”

Biden brought his children and grandchildren on an official trip to Ireland in 2016 to learn more about their Irish roots, that also include family in the east coast county of Louth and an ancestral link to Ireland rugby players Rob and Dave Kearney.

His win was also warmly welcomed by the Irish government. Biden has warned Britain that it must honour Northern Ireland’s 1998 peace agreement as it leaves the European Union or there will be no separate U.S. trade deal.

“He’s as Irish as you can get,” Irish Prime Minister Micheal Martin said, referencing the tradition Biden started of hosting the Irish premier of the day for a St. Patrick’s Day breakfast in the vice president’s residence each year.

“Ireland takes pride in Joe Biden’s election, just as we are proud of all the generations of Irish women and Irish men and their ancestors whose toil and genius have enriched the diversity that powers America.”

Additional reporting and writing by Padraic Halpin in Dublin; Editing by Giles Elgood