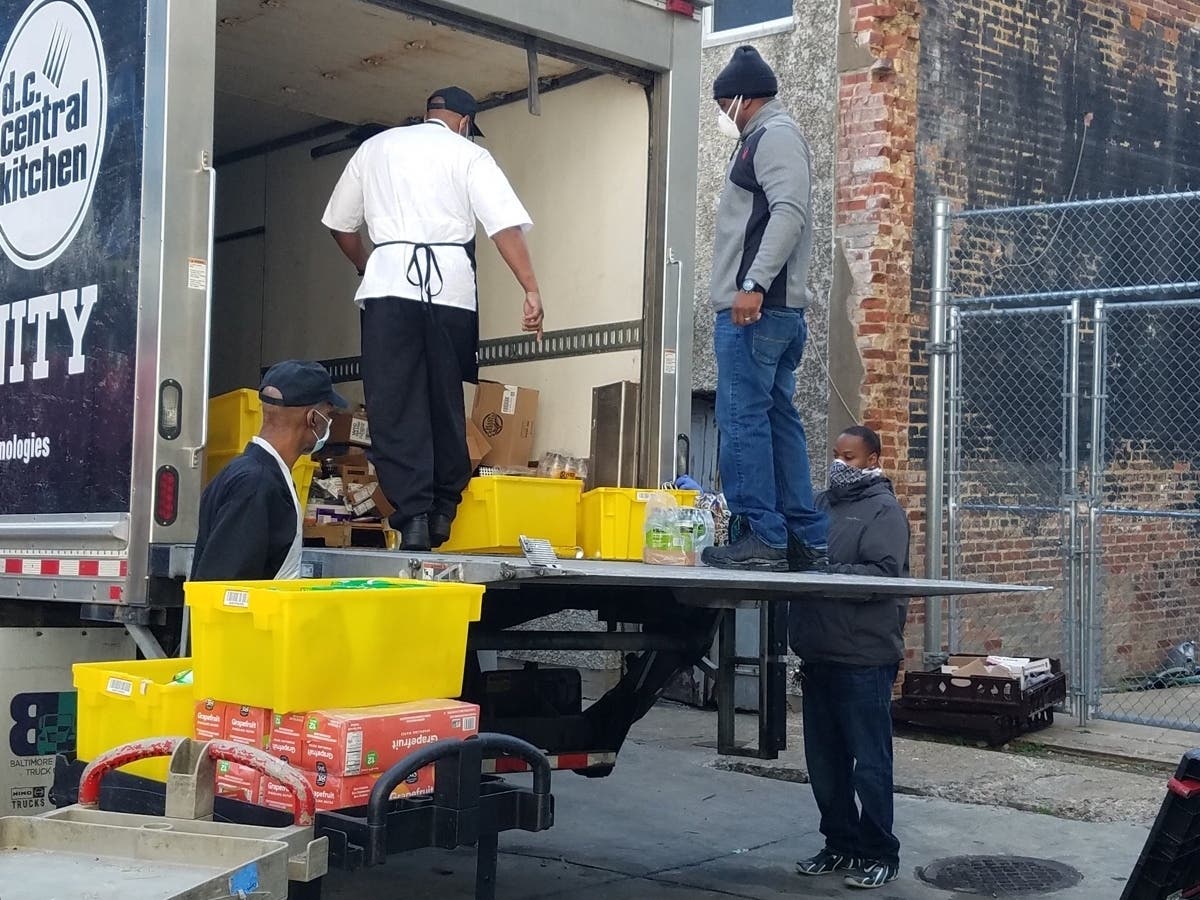 WASHINGTON, DC — Despite the fact the DC Central Kitchen serves between 2-3 million meals during a normal year and has “kitchen” in its name, the nonprofit focused on feeding the D.C.-area’s hungry is primarily a workforce development organization.

“We train folks who have experienced homelessness or incarceration, addiction, and trauma, or young adults who have become disconnected from work and school for hospitality industry jobs,” said Alexander Moore, chief development officer at the DC Central Kitchen. “Then we hire many of our own graduates to carry out all or lead our social enterprises, which serve all of those meals.”

When the coronavirus pandemic hit the District last spring, DC Central Kitchen had to shift its operations from being workforce development program to producing more meals than it had ever done before, over 2 million in the first seven months of the pandemic.

“We have had to pivot every single thing that we do,” Moore said. “In normal times, we are a school food provider. It’s our staff who are working hard in cafeterias to serve farm-to-school, breakfast, lunch, and supper every day.”

Now, DC Central Kitchen’s staff is preparing meals for the small number of schools that have been able to reopen as emergency feeding sites.

“We’re having to provide those meals in a takeaway format and make it possible for folks who can maybe only come to school one day a week to get multiple breakfasts and lunches that they can take back in and consume safely at home,” Moore said.

With the support of No Kid Hungry, the kitchen created a mobile delivery system to help provide accessible feeding locations in every neighborhood in the District.

“Our staff piled healthy food into vans and drove around to housing communities where we knew there are going to be access challenges, and served breakfast and lunch to young people and to families, who were potentially going to go without,” Moore said.

Due to health concerns about spreading COVID-19, the kitchen had to shift from distributing food in a family-style format to producing individually packaged meals. Preparing and packaging those meals in less than 48 hours required DC Central Kitch to design a completely different preparation and distribution model.

On top of that, the demand for healthy food in the District during pandemic forced the DC Central Kitchen to adopt a different approach to how it was doing business.

“We’ve historically specialized in producing meals, but we had to get into the grocery business,” Moore said. “We’ve had to create on the fly a grocery distribution effort that is now sourcing food directly from local farmers and packaging it up into hardy bags of fresh local produce and providing upwards of 5,000 bags of produce to families and households in need every single week.”

DC Central Kitchen’s new role as a food buyer has been a boon for the 40 or so local farmers and food hubs from which it’s purchasing goods. Many of those businesses have been hit hard by the pandemic, as large scale buyers, including wholesalers, restaurants, and event venues, had to scale back their operations or even close their doors.

This disruption in the local food distribution network has impacted DC Central Kitchen in other ways as well.

“Many of the wholesalers and retailers and event spaces that donate food to us have obviously seen a major shock to their businesses and their supply chains,” Moore said. “While we have received donations of food, in a good week , in this crisis, we might receive up to 30,000 pounds of food donated in a week. Sometimes that can plummet down to 3,000 pounds of food a week.”

Facing a variety of challenges, including a fluctuation in donated food, DC Central Kitchen has had to pivot its entire operation so that it could continue to deliver meals throughout the District, while keeping its clients and staff safe during this public health crisis.

While this may seem to be an Herculean task, the kitchen and its staff have risen to the challenge.

“A silver lining of this crisis has been America really reevaluating how it views and supports frontline workers and who really is essential,” Moore said. “DC Central Kitchen has never closed. When natural disasters hit or there are holidays, our team is working to prepare meals.”

Normally, the kitchen relies on the help of 16,000 volunteers annually to help meet its mission. In order to keep staff safe from possible exposure to COVID-19, DC Central Kitchen is currently operating without any volunteers, even while it’s preparing more meals than ever before.

“We’ve created more than a dozen new jobs for graduates of our job training program to come and work for us,” Moore said. “And so today, 103 graduates of our training program work for us full time. We already paid living wages and paid 100 percent of employee health insurance costs before the crisis, but we have increased wages for our employees, to again, continue to honor and recognize what they are doing to support our city.”

One of the groups helping DC Central Kitchen to feed all those people is No Kid Hungry, whose mission is to mitigate food insecurity and end childhood hunger in America.

“We have no shortage of food and we’ve got no shortage of really effective food programs like school meals, school breakfast, and lunch, the SNAP program,” said Billy Shore, founder of No Kid Hungry. “We started a campaign 10 years ago to work very systematically to make sure that all the kids that were eligible to be receiving these public benefits, these federal nutrition benefits, were actually getting them, because there was a huge gap between kids who were eligible and kids who were actually receiving them.”

No Kid Hungry was already laser focused on addressing food insecurity when the pandemic hit, and it has continued to support efforts to feed children and their families during the crisis. Since March, the nonprofit has granted more than $27 million in emergency relief funding to more than 1,000 school districts across the country, including D.C.

“We are granting to organizations, including schools that are now frankly feeding everybody because of the pandemic and the extraordinarily high number of job losses and the unemployment rate,” Shore said.

A $30,000 No Kid Hungry grant helped DC Central Kitchen to set up 16 emergency feeding sites, as well as pay for staff and all the supplies needed to meet COVID-19 safety protocols.

“Those dollars enabled them to feed, not just kids, the families,” Shore said. “Even in the schools that are supposed to be getting reimbursed only to feed kids, when you’re giving a mom or a dad or a caregiver 15 meals to take home for the week, those can be going to anybody in the family. So I think that common sense prevailed for a change and people worried less about the strictness of the regulations and more about this is a crisis and we’ve got to feed people while they’re hungry.”

No Kid Hungry announced recently that it was dedicating an additional $35 million in emergency grant funds to broaden its work to help support food banks and other local charities filling the gaps of the school meals program.

“The pandemic raised awareness about hunger in ways that we never could,” Shore said. “We’ve got that $35 million in hand to grant out over the next eight weeks. I think it’s probably the largest private infusion of funds to feed school kids since the start of the school meals program.”

Patch has partnered with Feeding America to help raise awareness on behalf of the millions of Americans facing hunger. Feeding America, which supports 200 food banks across the country, estimates that in 2020, more than 54 million Americans will not have enough nutritious food to eat due to the effects of the coronavirus pandemic. This is a Patch social good project; Feeding America receives 100 percent of donations. Find out how you can donate in your community or find a food pantry near you. 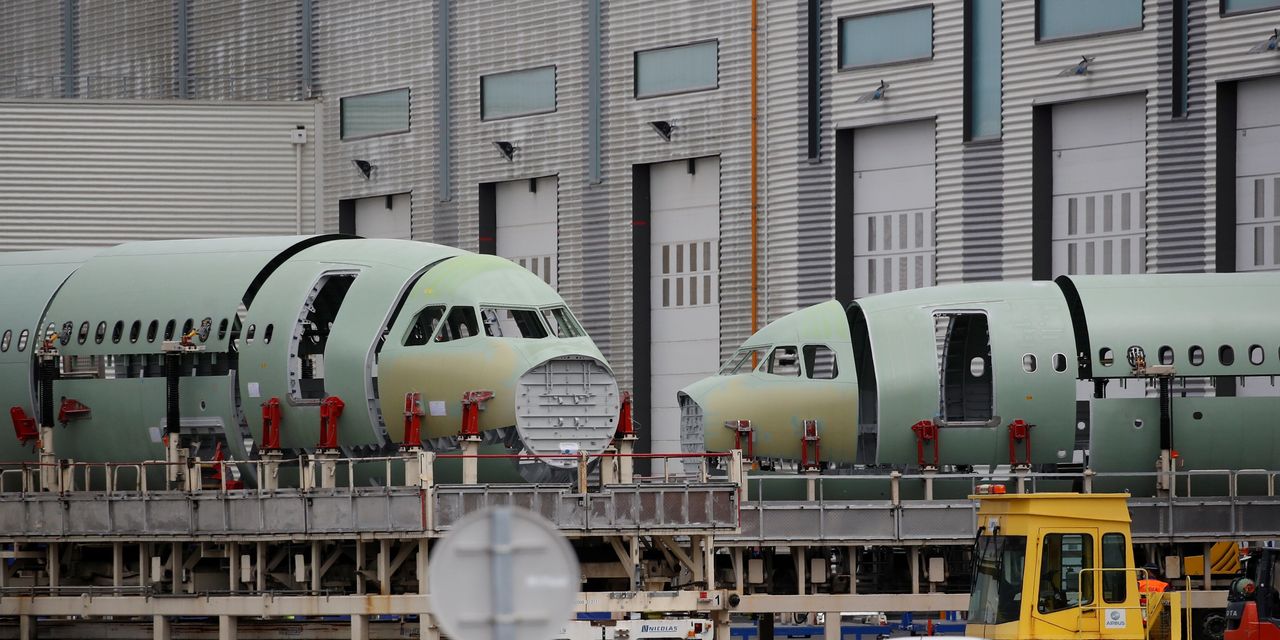