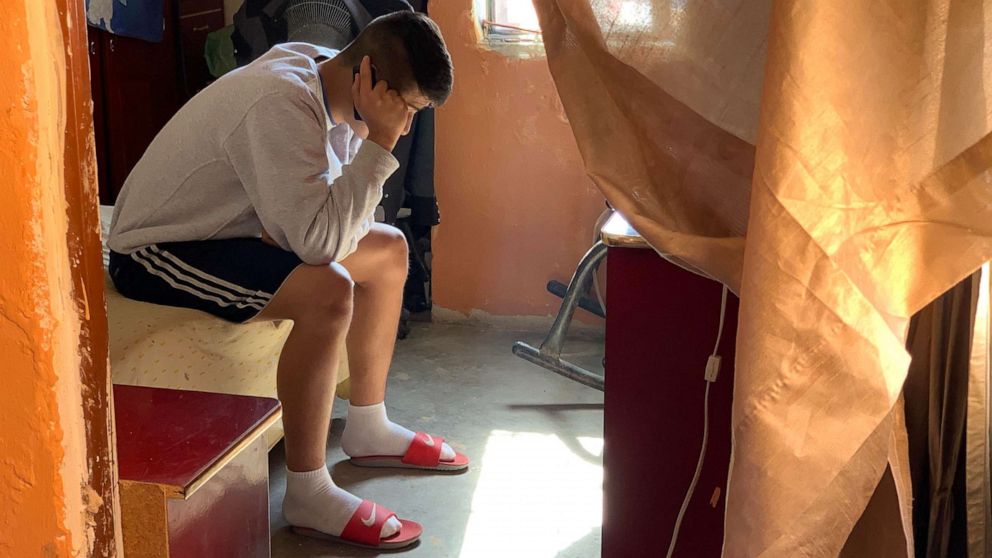 This report is part of “Turning Point,” a groundbreaking series by ABC News examining the racial reckoning sweeping the United States and exploring whether it can lead to lasting reconciliation.

All that 17-year-old Brandon Salinas knew about being American was what he learned growing up in Dalton, Georgia. It was in this small city where he developed his southern twang.

By all accounts, Georgia was home.

He was making enough money with his two part-time jobs to buy his own car, was doing well on the varsity track and wrestling teams, and he had enjoyed prom. He went to church every Sunday and played video games after school. In just a few weeks, he would graduate from high school. It was April 2019. Life, for the most part, was just beginning for the teenager.

“I was real proud,” Brandon told ABC News. “I felt like everything was going my way.”

Dalton, a city of just 33,000 people in the northeastern part of the state, is known for carpet manufacturing. Growing up, he and his friends always talked about going somewhere bigger, somewhere with more opportunities. He had dreams of going to college, owning his own construction business and investing in the stock market. But more than anything, he wanted to provide for his mom, who had raised him and his siblings as a single parent.

But while he was on the brink of adulthood, his young age still showed. The hair on his upper lip was still filling in, and everyone was still “ma’am” and “sir” to him.

“When you’re young I guess you make reckless decisions,” Brandon said. “Don’t really think about the consequences of your actions. That’s where I messed up.”

By the time graduation rolled around, Brandon didn’t walk across the stage. He was behind bars following an arrest on charges of possessing a small amount of cannabis and lying to the police about his age and the spelling of his last name.

Twenty-six states and the District of Columbia have decriminalized small amounts of marijuana, according to the National Conference of State Legislatures. But Georgia is not one of them.

Smoking and lying wasn’t his only problem. He was undocumented. His mother had brought him to the United States illegally over 16 years ago.

“I was too short to walk over the Rio Grande,” Brandon remembers, adding, “They put me on their shoulders because the water was too high.”

As they were crossing, his Spider-Man baseball cap fell into the river.

“The stream took my hat,” he recalled to “Nightline” co-anchor Juju Chang. “I just remember looking at the hat go down all the way.”

Brandon proceeded to spend the next nine months behind bars, first in his local county jail and then in various Immigration and Customs Enforcement detention centers in the South.

Under President Donald Trump, local law enforcement agencies have been encouraged to adopt what are known as 287(g) agreements with ICE, which make use of local community resources for federal immigration enforcement. For Brandon, that meant getting transferred from county jail directly into the custody of ICE.

John Tsoukaris, the acting ICE field office director for the Atlanta region where Salinas was taken into custody, acknowledged that 287(g) programs can result in the deportation of those accused of minor crimes. He said his agents are required to arrest anyone they encounter without proper documentation.

“We’re a country of laws and we expect everybody to follow it,” Tsoukaris added.

Brandon told ABC News that he “felt useless” while he was in custody.

“I would sleep in the day because there was nothing to do, and at night I would be awake and just think of my family,” he said, adding that he tortured himself thinking about them outside, struggling to help him get free.

But he began to cope. He learned to hand-wash his clothes in the sink with soap, and then let them air dry in the sun, and he learned how to make each monotonous day count.

“Every day, so you don’t get confused or lost inside your thoughts, you just really make a routine,” Brandon said. “You planned out every hour by hour.”

He said he began each day “with [his] Heavenly Father” by reading the Bible. Then, he would clean his space, take a shower, go watch television and then come back and read some more. When he spoke to ABC News while in detention, he was reading “Think and Grow Rich” by Napoleon Hill, which he said was about how many millionaires came up “from being nothing.”

Brandon said he learned a lot about himself.

“They say that when you’re … in distress or just when you’re lost of hope, that’s when you find the time … [to discover what] you really want to do in life,” Brandon said. “I feel like that’s true.”

“Each and every day, I still try to improve myself and better myself,” he said. He found purpose and direction. If he stayed in the states, he decided he wanted to become a contractor, and then start providing for his family.

When asked if he deserved a second chance, he said, “I do,” explaining that he was young and made a “dumb decision.” But he’s matured and has a new perspective now.

Brandon said he feels more American than Mexican. He was raised in Dalton, spent Christmas and Fourth of July in the United States, and recited the Pledge of Allegiance in class.

He had thought his change in attitude would help his immigration case. He was “willing to do anything” and “cooperate in any sort of way” in order to stay.

But on Jan. 8, with no attorney representing him, Brandon stood in front of an immigration judge for just the second time.

According to Brandon, the judge said, “Sometimes, you don’t get second chances.” Then, Brandon was ordered to be removed from the United States.

Brandon was deported on Jan. 20.

The Department of Justice and Executive Office for Immigration Review says they don’t comment on judges’ decisions. According to an ICE spokesperson, in fiscal year 2019, “a total of 6,536 aliens were removed from the United States as a result of the 287(g) program.” 29.5% of those removed were convicted criminals.

“When I got deported, I didn’t have the time to get my belongings from my home,” Brandon told ABC News. “So, the only things I have [now] are what I had when I was incarcerated. Soap, deodorant, some of the clothes I purchased.”

When he left, ICE gave him a blue netted sack to put all his belongings in. Along with the minimal clothing and belongings he carried, he had just $23.

Brandon’s mother had arranged for him to stay with her parents in Torreon, Mexico. The journey from the United States to his grandmother’s house was long.

“I went to Reynosa for a couple days and after then took a flight from Reynosa to Mexico City,” Brandon said, explaining his travel. “And from Mexico City to Toron, Torreon? Dang, I don’t know how to say it. And from there I got … my grandparents to pick me up, and they took me here.”

Brandon’s new home is in the northern region of Mexico. He said it’s different. There are a lot of flies, stray dogs and trash littering the streets. When he showers, he has to pour a bucket of water over himself. He said it makes him uncomfortable, but he’s trying to make the most of the situation.

In his grandmother’s house, he has his own room. Instead of a door, a draped curtain is the bedroom’s only hint of privacy. There’s a mahogany-colored dresser, and a heart-shaped mirror hanging on the wall that matches. His bed practically fills the entire space, and sheer white, laced linens hang by the window as a curtain.

He’s also having to get used to the language.

“Do you dwell on it?” Chang asked. “Beat yourself up about it?”

“I do,” Brandon answered quickly. “I do regret it each and every day.”

“It really does feel like I have to start over,” Brandon later added.

While he was detained, some of the other immigrants told him he could try and work in Cancun because he knows English. He’s now contemplating getting a job at a restaurant or hotel.

He is now living with an aunt outside of Mexico City. She is helping him gather a photo ID and documentation so he can start applying to jobs.

But even though Brandon is no longer living in the United States, the spirit of the “American dream” is still ingrained in him.

“Hopefully,” Brandon said, “I can make a name for myself.”

The family he left behind

What Brandon is going to miss most about living in the United States isn’t his car, his wrestling matches or the dances he attended. It’s the family he left behind.

“I just wanna tell her that I love her,” Brandon said, talking about his mother. “And, you know, if I could change the past, [if] I could be a better person in the past, I would. But I can’t.”

Brandon’s mother doesn’t have to worry about his other siblings meeting the same fate as him — they were all born in the U.S. and are citizens. But it might be quite some time before Brandon sees them again. Legally, he can’t reenter the United States for another 10 years.

So, he’s had to have the tough conversation of passing off the title of “man of the house” to his 13-year-old brother.