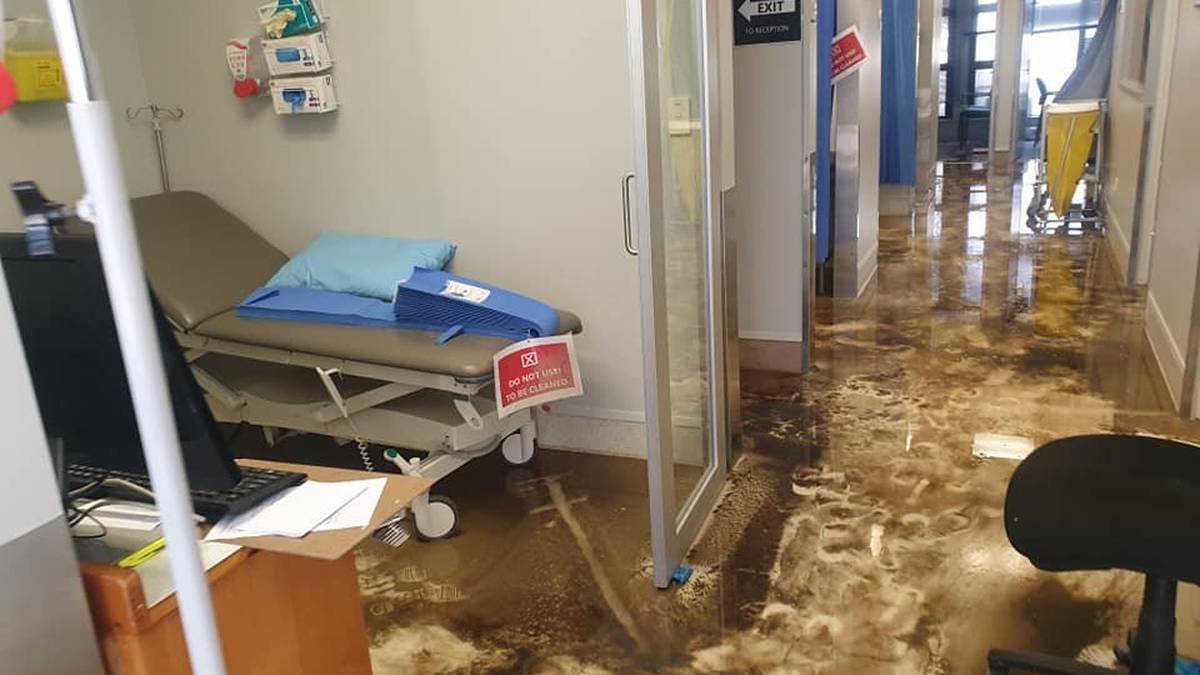 The Doctors Napier has closed after suffering “substantial damage” to joinery, doors and equipment, just weeks after reopening following a renovation.

The practice was one of many buildings that suffered damage during the deluge, with more than 100mm of water inside some areas of the building.

The Monroe St clinic’s patients are currently being redirected to its Greenmeadows site.

The Doctors Napier nurse manager Andrea Halpin said there was more than an inch of water throughout the entire premises when staff returned to the building.

“Some of the watermarks on our walls show about 100mm of water above the floor,” she said. “It doesn’t appear to be like that throughout the whole building – it may have been waves that did that, but our building is flat.

“It caused substantial damage to joinery and lost a lot of doors and some equipment and as a result, we’re still closed.”

The doctors reopened its doors in October after finishing seven months of renovations and infection control restrictions.

“The front half of the building was repainted, refloored and made the infection control aspects better following the pandemic,” she said.

“We’d only just opened that side of the building up to the public, so it has been difficult to deal with that happening.”

All staff have been moved to the practice’s Greenmeadows site, while the Westshore and EIT sites also remain open.

She said staff and patients left the building before any significant damage had been done.

“We close at 6pm, so there weren’t a lot of patients in the building because of the time and weather,” she said.

“The water set alarms off, so staff left building at about 5.15pm on the night so they could get to their homes, as staff getting home to their families safe was a lot of our concerns.”

While there is still no timeframe on reopening to patients, the staff and cleaners have been working tirelessly cleaning.

Halpin said anybody booked with a doctor’s appointment who receives a text reminder stating an appointment is in The Doctors Napier, should note this is not the case – it will be at one of the other clinics.