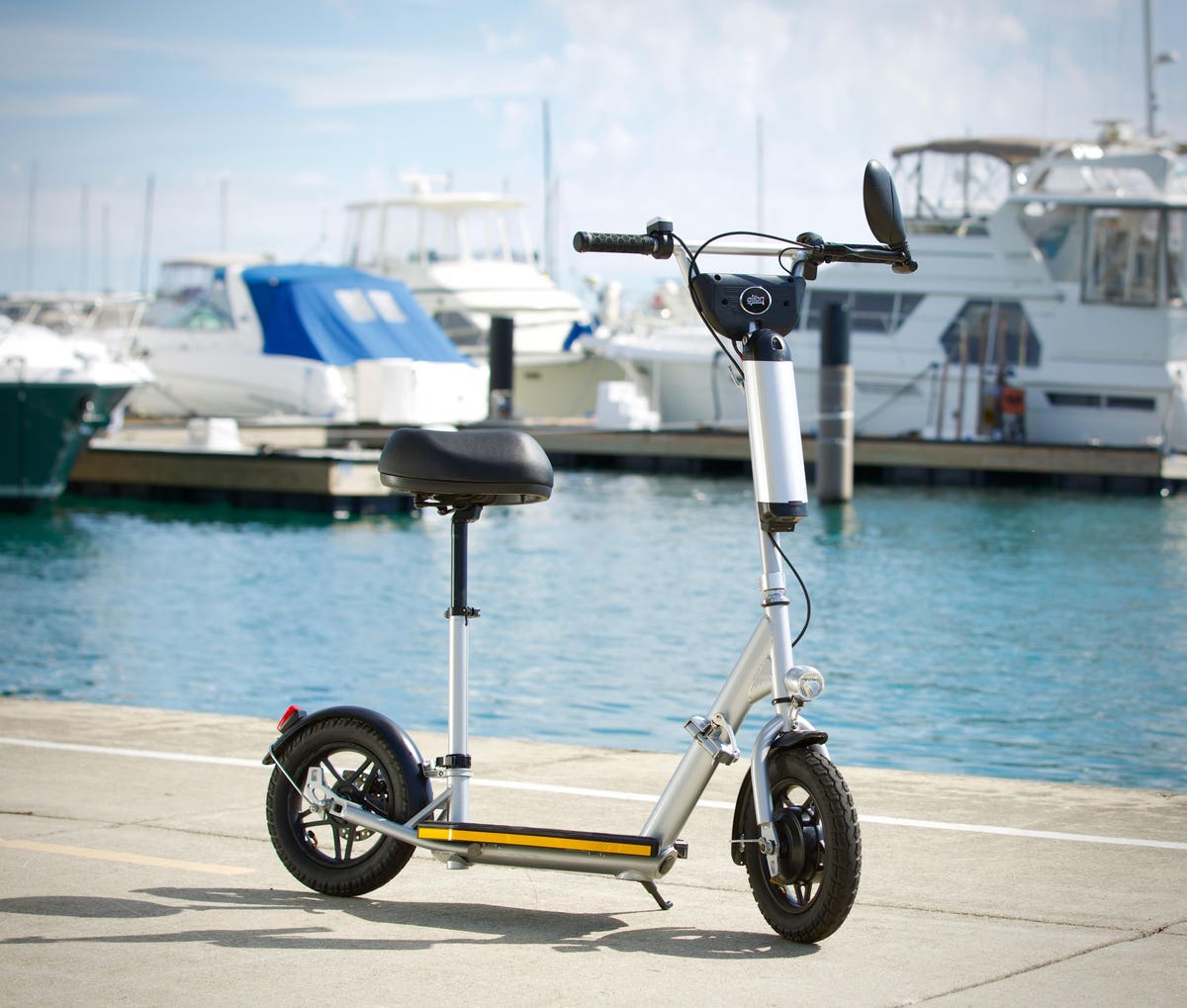 After about eight months or so working from home during the Covid-19 pandemic is starting to spark another malady of sorts—cabin fever. With that in mind, a trio of tech entrepreneurs came up with way to not only get away from the house, but provide enough power to plug in a laptop or other device to keep you working…somewhere else.

The combination electric scooter and moped is called the Glion Balto. That’s the thing that gets you out of the basement office to a coffee shop or any other place with WiFi and somewhere to sit and work. What keeps you working is the optional 500 watt portable power inverter that gets its juice from the Balto’s removable battery.

“We found out because of Covid and natural disasters there’s a huge demand for an extra power station which uses a lithium ion battery,” said Jeff Kong, partner and co-founder of Glion Electric Scooter. “If a user needs a portable power station for power to work in the field, or more fun on a camping trip or just as an emergency power station in a blackout they can just use the battery for the portable power station.”

The Balto is produced in China and the first units are due to arrive in North America in early December, according to Kong. The company is accepting pre-orders online, offering at a discounted $599. The price goes up to $699 once they land. Those who pre-order a Balto get the power inverter for $99 but the price for that will eventually increase to $130-$150, Kong said, “depending on the market and competition.” A spare battery costs $230 now but will also rise to around $279 at some point.

While the power inverter is viewed by Kong and his two other partners as a key selling point for the Balto, he points to what else sets it apart from other e-scooters. For one, it includes a seat for those who would rather sit than stand. The Balto also folds into a space of less than one square foot and its luggage rack converts into a stand. The 38-pound scooter can be pulled while folded courtesy a couple of little wheels. Plus it has a big basket—big enough to toss a laptop or a few groceries.

“If you truly want to provide a self-sufficient true commuting device, these features are needed,” said Kong.

Other features are rear view mirrors, lights and turn signals for safety and 12-inch back wheels for comfort and stability. The Balto is no speed demon, topping out at 17 miles per hour with a driving range of about 20 miles on a charge.

The Balto’s birth is almost as modest a tale as its cruising speed. As Glion partner Robert McCormick tells it, he and Kong happened to end up in the same Santa Monica, Calif. conference room awaiting separate meetings back in 2012. Kong, living in San Francisco, was working for a company in China. Nebraska resident McCormick was commuting to Santa Monica doing work for a solar development company. Both businesses had entered a joint venture.

While they were awaiting their respective meetings McCormick said his interest was piqued when he heard Kong speak in Mandarin.

“So we just began talking. he was just so articulate. we became fast friends,” said McCormick. He invited Kong to Nebraska to learn about doing business in that state and McCormick visited Kong in San Francisco during his trips out west. Kong eventually invited McCormick on a trip to China to learn about lithium ion battery production.

They eventually decided to work together and with partner Wei Chang launched a Kickstarter campaign in 2014 to get their business going, naming it Glion, a contraction of sorts of gliding and ion. The idea for a better scooter came to Kong during his one-mile walk from home to a BART train station.

By adding the power inverter, swappable battery and ability to fold it up and store the Balto in a corner, McCormick and Kong think they’ve come up with just what a cooped-up public wants right now to get their home work done, after scooting through the front door.