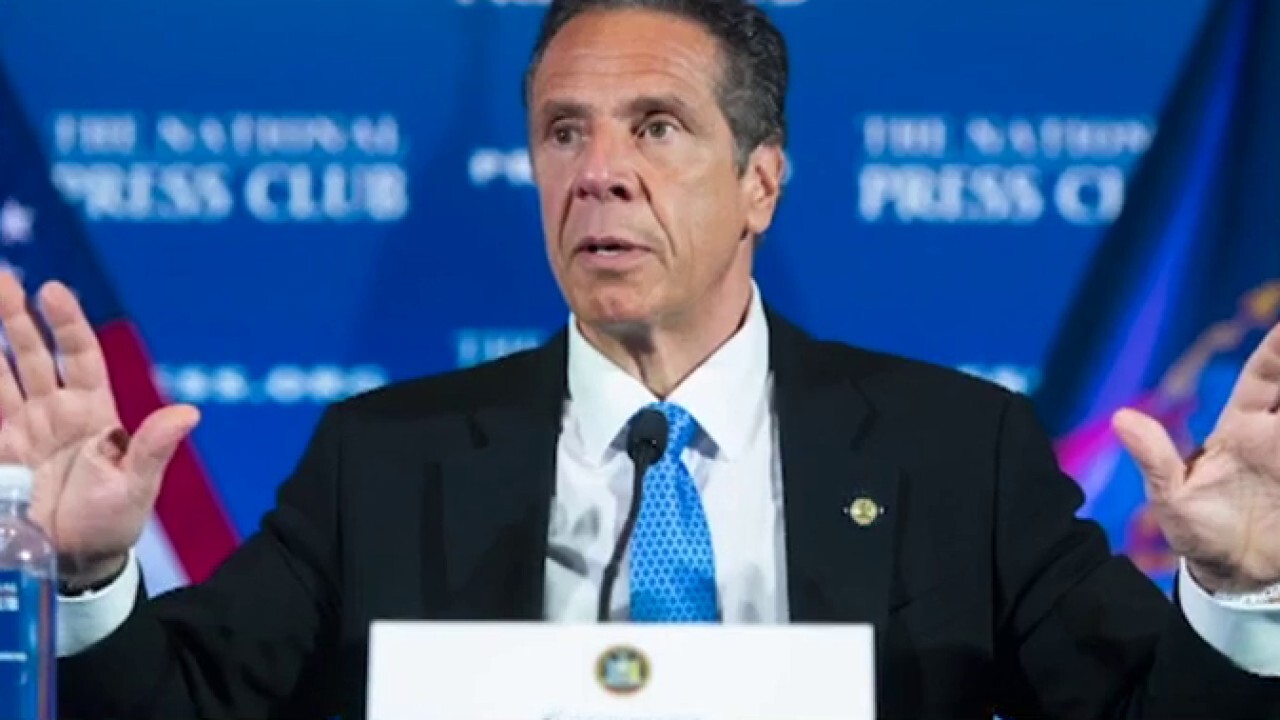 Democratic New York Gov. Andrew Cuomo dismissed the ongoing nursing home scandal in his state as a “conspiracy” during a friendly appearance Wednesday on ABC News’ “The View” in which he said President Trump is “playing politics” by blaming him.

Cuomo has been blamed for thousands of deaths in New York’s nursing homes after his controversial policy in late March essentially ordered nursing homes to accept coronavirus patients from hospitals, a measure designed to free up hospital beds. Cuomo eventually reversed the order in May and has been widely criticized for the way the situation was handled.

However, the older brother of CNN’s Chris Cuomo penned the book “American Crisis: Leadership Lessons from the COVID-19 Pandemic,” which boasts about his handling of the pandemic despite the nursing home criticism.

Cohost Sunny Hostin praised the book as “absolutely fantastic” and called it a “guide on how to deal with this pandemic,” before touching on the nursing home scandal.

“There has been a lot of confusion about an alleged March 25 order that directed nursing homes to accept, in New York, infected COVID patients, possibly leading to the death of more than 6,000 seniors. Now you say in your book, ‘That was a lie,’ that New York state never demanded or directed that any nursing home accept a COVID positive patient. The Department of Justice, however, is now supposedly looking into this issue,” Hostin said. “Can you explain what really happened?”

TRUMP FIRES BACK AT CUOMO AFTER CORONAVIRUS CRITICISM IN DNC SPEECH

Cuomo smirked and said, “What a shock that the Department of Justice sent a letter a few days before an election trying to advance a political theory.”

Cuomo joked that he was “shocked and amazed” that Trump’s administration was capable of such a thing.

Cuomo noted that “older people are more vulnerable” to coronavirus in general.

“If you look at how many people died in New York nursing homes, New York is No. 46 out of 50 states in the percentage of deaths in nursing homes. The way the law works is no nursing home in New York can accept a patient if they don’t believe they can care for that patient adequately and if they can do it within the safety of their facilities, so the conspiracy they’re trying to spread has no factual basis,” Cuomo continued. “But yes, people in nursing homes died and they’re playing politics with the issue.”

“The View” had teased Cuomo’s appearance by noting that the governor blamed Trump for every coronavirus death in the Empire State, indicating that it was a topic he planned to talk about with the presidential election looming.

Cohost Whoopi Goldberg set him up by asking, “You say, rightfully so, I think, but I’m gonna ask you, you’re holding you know who responsible for every death in New York from COVID. I’m gonna say to you, why?”

Cuomo then said the Trump administration was “totally incompetent” and criticized Trump for trying to “demonize China” by focusing on the virus’s origins.

“I’m just a little nervous about what Mr. Trump does post-election, you know the president winds up forecasting where he’s going and he’s been talking for months about election fraud and Democratic fraud,” Cuomo said.

“He actually said the other day, ‘The only way we lose is if there is fraud,’ so I hope he takes the defeat with some honor and doesn’t try to go into the courts and play games that way.”

Cuomo didn’t face any pushback, as the show’s token conservative Meghan McCain remains out on maternity leave. The conversation eventually pivoted to the governor’s love life before Goldberg thanked him for his leadership to close the appearance.