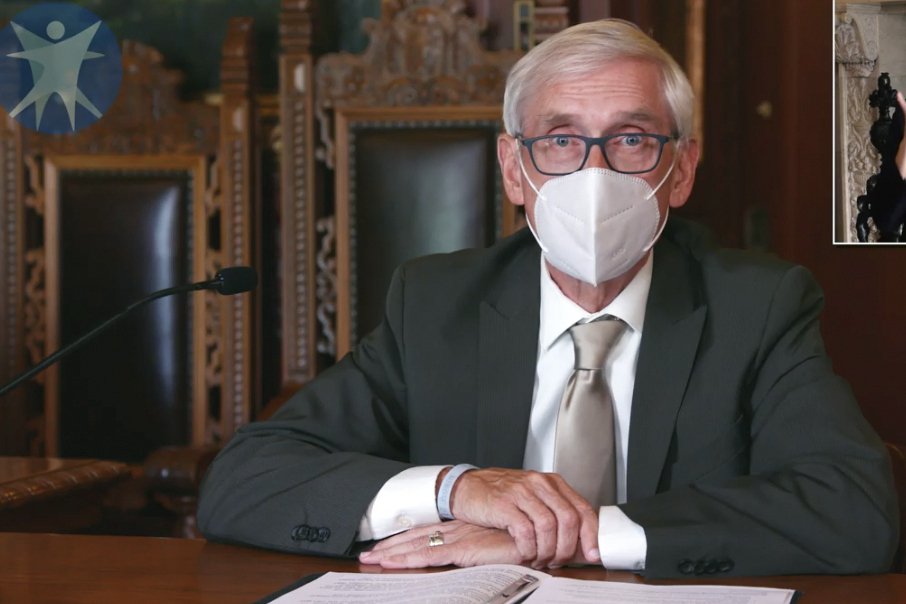 MADISON, Wis. (AP) — Gov. Tony Evers renewed his pleas Tuesday for people to stay home to avoid the coronavirus in an unusual prime-time speech hours after the state set new records for infections and deaths.

The governor announced he was advising people to stay in their houses and businesses to allow people to work remotely, require masks and limit the number of people in stores and offices. He said projections show that if nothing changes deaths could double to 5,000 by January.

Evers has been imploring people to stay home and wear masks for months during twice-weekly afternoon news conferences to little avail. This time his office streamed his remarks live on his Facebook page and YouTube channel at 6 p.m.

“So, I want to be clear tonight: Each day this virus goes unchecked is a setback for our economic recovery,” Evers said. “Our bars, restaurants, small businesses, families, and farmers will continue to suffer if we don’t take action right now —our economy cannot bounce back until we contain this virus.”

Republicans and their conservative allies have worked to block every Evers initiative to stop the virus. The governor issued a stay-at-home order in March but the Wisconsin Supreme Court struck the mandate down in May following a challenge from Republican lawmakers. A state appeals court last month blocked Evers’ order limiting gatherings in bars, restaurants and other places. And the state Supreme Court is scheduled to hear arguments Monday on the latest legal challenge to Evers’ statewide mask mandate, which remains in effect.

As a result, Evers has been reduced to essentially begging people to wear masks and maintain social distancing. The governor issued the stay-at-home advisory in the form of an executive order, which makes it sound formal, but it carries no weight in light of the Supreme Court’s May decision.

Evers promised during his speech to present a package of legislation addressing the virus. He did not say what measures the bills would enact. Republicans control the Legislature but hasn’t met since April, when it passed a coronavirus aid package. Pressure has been building for the GOP to act but so far Republican leaders haven’t signaled they plan to do anything.

“But now, as we put the election behind us, we are called upon to remember the things that unite us — and that includes the struggles that we share,” Evers said in his speech. “I am concerned about what our current trajectory means for Wisconsin healthcare workers, families, and our economy if we don’t get this virus under control.”

The Wisconsin Department of Health Services reported a record 7,073 new confirmed infections Tuesday. That breaks the old record of 7,065 cases set Saturday. There were 66 new deaths related to COVID-19 on Tuesday, breaking the old record of 64 set on Oct. 27.

The state has now seen 278,843 infections and 2,395 deaths since the pandemic began in March. Wisconsin was fourth in the nation in per capita infections over the last two weeks at 74,452 cases per 100,000 people, according to Johns Hopkins University. North Dakota was first, followed by South Dakota and Iowa.

The Wisconsin Hospital Association reported that 2,070 people were hospitalized with COVID-19 as of Tuesday afternoon, a new record. The state has set a new record for daily hospitalizations every day since Nov. 2.