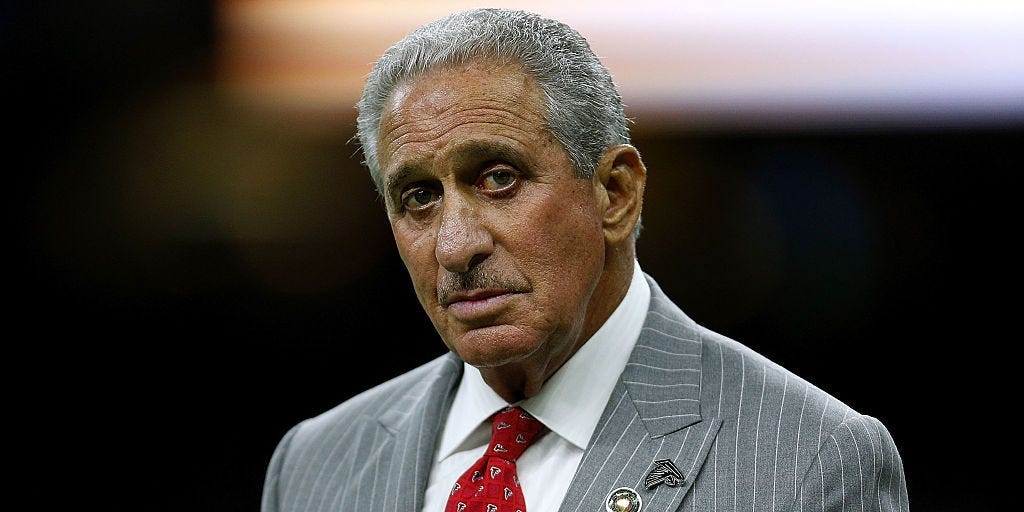 Home Depot cofounders Arthur Blank and Bernie Marcus have long been on separate sides of the fence when it comes to politics.

Blank is a dedicated Democratic supporter, having donated thousands to Hillary Clinton’s campaign, the Bullock Victory Fund, which backs the party’s 2020 candidate for Montana senator, Gov. Steve Bullock, and the Democratic National Committee, to name a few, according to records filed with the Federal Election Commission.

And he recently gave $250,000 to committees supporting Joe Biden, Forbes reported. Blank, who is worth about $6.2 billion, per Forbes, is one of the higher donors among Biden’s billionaire backers, who outnumber Trump’s at 134 to 101, although more of Biden’s backers have given the $2,800 personal maximum.

Marcus has been an outspoken Donald Trump devotee throughout both the 2016 and 2020 elections, donating $7 million to Trump’s campaign four years ago.

Blank told Business Insider that despite their political differences, their different leanings never got in the way of their ability to work together as partners — or as friends.

“I know Bernie’s heart. I worked with him for over 40 years and we shared the same bathroom for over 30 years, which is more than any of our marriages lasted,” said Blank, who’s currently valued by Forbes at about $6.2 billion. “I know what he cares about and he cares about a lot of the same things that I care about.”

Though the 78-year-old — who’s now the owner of the Atlanta Falcons NFL team— was aware of their political differences, he said it never had any bearing on their shared values.

“His approach obviously is different. I understand that, but I respect it,” said Blank. “He cares deeply about giving back and making a difference in people’s lives. So, you know, we understood that our culture had nothing to do with which party you are affiliated with. It had to do with our set of values.”

‘It’s not a red issue or a blue issue’

After cofounding Home Depot in Atlanta, Georgia, in 1978, Blank and Marcus helped put the do-it-yourself phenomenon on the map by offering the tools for personal home renovations.

The pair always strove to create a work environment that put people before politics, said Blank.

“It’s not a red issue or a blue issue, it’s about how you treat people, whether it be guests, fans, customers, associates, or shareholders in the case with HD,” said Blank, whose Arthur M. Blank Family Foundation has granted over $800 million to help underserved people across the nation.

“So, you know, I love him. It doesn’t mean we agree on everything, we don’t, but that’s healthy,” he said. “It’s healthy to disagree on things, but it’s not acceptable to not be kind.”

It’s good to be different, said Blank, but he said it’s the intolerance of some that worries him about the future.

“I think one of the things that is wrong with America today — that we can work on and become better at — is that we need to become better listeners to each other and we need to be better about understanding where people are coming from,” Blank said. “People are coming from different places, which is okay, but it’s not okay when they’re disrespectful; it’s not okay when they’re not kind. It’s our job is to serve the American people and I think we need to have more focus on that.”

Blank — who grew up in New York City — said he believes the US is going through one of the most tumultuous times in its history.

“This notion of divisiveness has become, in my humble opinion, maybe, post-Civil War, probably one of the most stressful times I’ve ever seen in our country,” he said. “And I’m not 100 years old — I’m getting there, but I’m not — but the things I see and deal with are just inherently not what’s made this country great. And I think this should be addressed out of respect and out of listening.”