The renovation of a Lake in the Hills park popular for fishing recently wrapped up, the village announced in a news release.

“The Turtle Island improvement project greatly enhanced a popular location for anglers, boaters and visitors to Woods Creek Lake,” Public Works Director Tom Migatz said in the release. “We are grateful to our community members who have been understanding of the operational changes in place throughout the renovation process.”

Contractors completed the renovation of Turtle Island Park between June and October.

Half of the costs of the Turtle Island Park improvements were paid for by an Open Space and Land Acquisition and Development grant through the Illinois Department of Natural Resources.

“Village staff, the parks and recreation board and the board of trustees diligently pursued the Turtle Island expansion over several years, and we look forward to seeing the community enjoy the new amenities,” Village Administrator Fred Mullard said in the release. “The improvement would not have been possible without the persistence, vision and resourcefulness of all of them.”

The improvement project, which began in June, was designed to improve parking for visitors and provide a picnic shelter for families to gather, the Northwest Herald previously reported. The new fishing pier will give all anglers better access to the lake, as it will be compliant with the Americans with Disabilities Act.

The project also sought to use conservation techniques to control the erosion of the park’s shorelines and included the addition of native plants and a butterfly garden.

The Turtle Island Park project had three main goals: to improve the park as a fishing destination, to provide an area for local families to come together and to serve as an example of green infrastructure, according to the release.

Woods Creek Lake is the largest of the four lakes that fall within the boundaries of the village of Lake in the Hills and is stocked with fish every season, making it a local favorite for fishing.

The village plans to host a ribbon-cutting ceremony to celebrate the project’s completion at 6:30 p.m. Tuesday at the park.

All guests at the ceremony will be asked to wear face coverings when unable to maintain a distance of 6 feet from others in order to stop the spread of COVID-19. 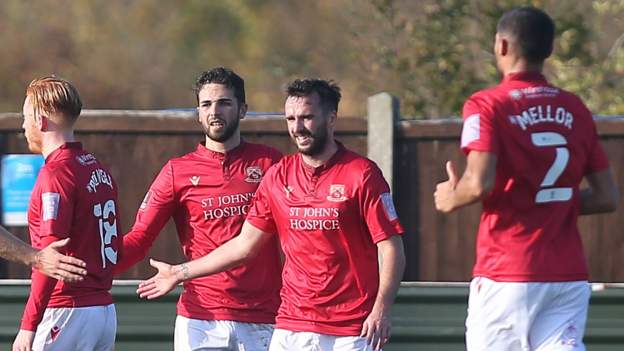