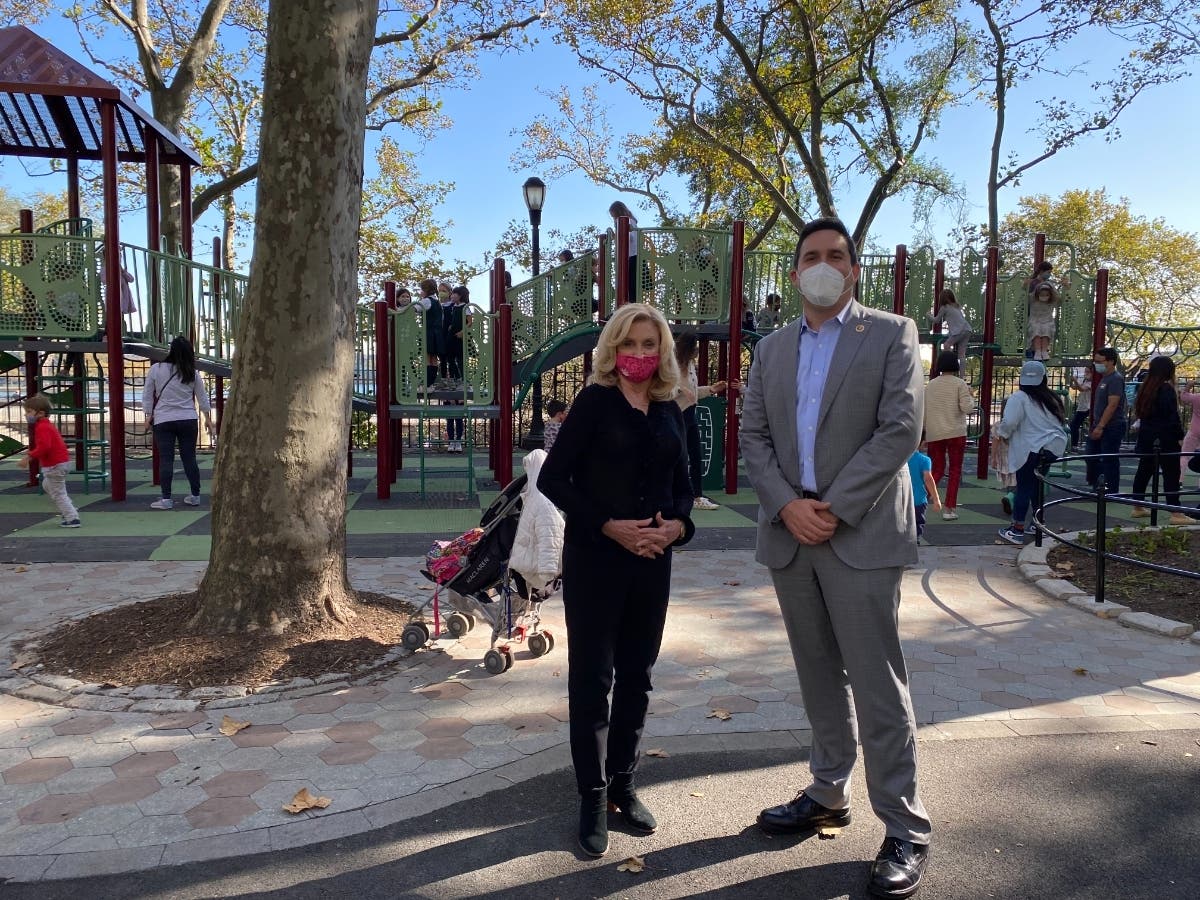 UPPER EAST SIDE, NY — The Parks Department completed its $3.3 million renovation of the Carl Schurz Park Playground this week, allowing families to once again enjoy the beloved spot that had been off-limits for more than a year.

The playground reopened Thursday following the renovation, which began last October with the goal of revamping play equipment, creating swings for children of all ages, adding a reconstructed spray shower, and construction new accessible ramps, game tables, benches and more.

“This is the only park serving the entire 80s,” said City Councilmember Ben Kallos, explaining the playground’s importance to the surrounding blocks. “This means that children will have a place to go outside safely and equipment to play on as we ride out this pandemic.”

Kallos, who posed for a photo at the new playground Friday alongside U.S. Rep. Carolyn Maloney, noted that he’d grown up playing on the same equipment that had remained in the park until last fall, signaling how old and in need of repair it was.

One day after it reopened, Kallos said the playground was already jam-packed when he stopped by on Friday, with more than one birthday party underway. The yearlong closure was bound to be a hardship for the neighborhood — and the events of the last few months only amplified that, he said.

“If I knew that the pandemic was going to happen, I probably would’ve wanted to delay it a year,” Kallos said.

A small bit of the renovation remains to be done — the Parks Department still needs to replace one piece of equipment and add an ADA-accessible swing, Kallos said.

Still, most of the work wrapped up just in time: the next few days’ forecasts call for 70-degree highs.