Months before the coronavirus pandemic began, Lowe’s ordered merchandise for the holiday season. It decided to carry items that shoppers might not expect in its stores or on its website: exercise equipment, bamboo bedding, air fryers, movie projectors and battery-powered scooters.

The home improvement retailer said Tuesday that it will kick off its holiday deals later this week. It revealed its broader mix of merchandise, aimed at making home feel cozy, festive and fun during a celebratory season disrupted by a pandemic and recession.

Its bet on new categories could come at a fortunate time. Americans are spending more of their hours at home, converting their garages or basements into gyms and cooking more instead of going to restaurants. Spring is typically peak season in the home improvement business. Yet with Americans’ intensified focus on home, the holidays could be a more meaningful sales season for Lowe’s and its competitor, Home Depot.

“In this year of the home, Lowe’s is really a total home gift-giving destination as well as a shopping destination,” said Marisa Thalberg, Lowe’s chief brand and marketing officer, at a virtual news conference.

Among the changes this holiday season, Lowe’s will offer free delivery of fresh Christmas trees and wreaths that are $45 or more, a service its rival, Home Depot, has, too.

Customers can chat with an online gift advisor when they’re trying to pick what to buy or have a question, but don’t want to go to the store. Home professionals, such as contractors and plumbers, can take advantage of deals throughout November, as part of an event dubbed “PROvember.” Like other retailers, Lowe’s is stretching out its holiday sales and putting more of its deals online rather than having limited-time offers that draw congestion.

Lowe’s was in the midst of a turnaround effort, led by CEO Marvin Ellison, when the pandemic struck. Stay-at-home trends have complemented its strategic investments.

It revamped its mobile app and website shortly before the crisis, which helped prepare it for an uptick in online purchases. It sped along plans for curbside pickup and store lockers as customers gravitated toward contactless approaches. And it benefited from a hot real estate market and a migration of Americans to suburbs and rural areas, which created a whole new audience for its power tools, cans of paint and shiny, new kitchen appliances.

This spring, the company planned to hire 53,000 seasonal employees and wound up adding nearly triple that — more than 155,000 people, company spokeswoman Jackie Pardini Hartzell said. She said a large number of those hires are staying on in seasonal or permanent roles over the holidays. The company has more than 320,000 employees in the U.S.

“None of this would have happened had we not already been working on a lot of enhancements for Lowes.com,” he said.

Yet a year ago, he said, Lowe’s saw an opportunity to reflect the evolving idea of home and put in holiday orders that reflected that. For example, he said, it had already started talking to exercise equipment brands, including NordicTrack. Early next year, it will set up exercise equipment displays in select stores as part of a test.

“We thought that home fitness was one of those areas that we could play in as it relates to home improvement and we still feel that way,” he said. “The pandemic has just kind of escalated that.”

During the holidays, he said Lowe’s wants to make shopping on its website “a little bit of a treasure hunt.” It will feature products like Razor scooters, Melissa & Doug toys and Serta pillows and mattresses.

He said there are already early indicators that shoppers want to make their homes feel seasonal. He said sales of fall harvest and Halloween products, such as hay bales, pumpkins and scarecrows have been “above expectations.”

And, he said, sales of pre-lit and artificial Christmas trees “are off to a quick start.”

Thalberg said Lowe’s wants to “provide a source of inspiration,” whether a family takes on a home project or snaps a photo in its Christmas tree lot.

“People are getting a little tired through this situation,” she said. “And hopefully, the holidays become a period not to reflect on all the things that are different in ways that disappoint us, but to find the meaning and to revitalize their creativity about how to enjoy time at home.” 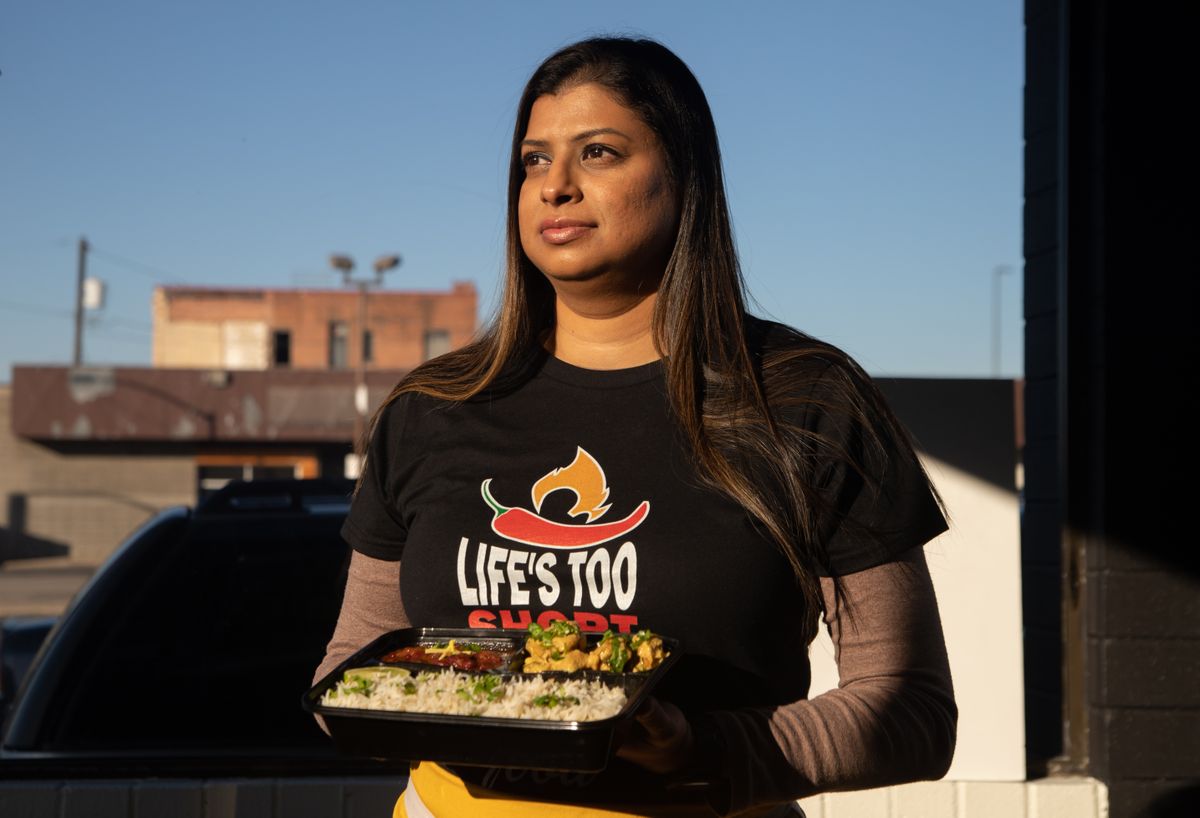