The average for a 30-year fixed-rate mortgage ticked up to 2.81 percent from 2.8 percent with an average 0.7 point. (A point is a fee borrowers pay, usually about 1 percent of the loan, to get a better rate.) The average rate, nearly the lowest since Freddie Mac began conducting the survey in the early 1970s, is far below the 3.78 percent level a year ago.

“I’m a little surprised that mortgage rates didn’t decline a little more this week, given the volatility in the stock market, but maybe there’s just no more room to fall,” said Lawrence Yun, chief economist for the National Association of Realtors. “Rates have been so low for so many months and it may be that lenders are still overwhelmed with the volume of loan applications that they are putting a little brake on new applications by not offering even lower rates.”


Also Thursday, the Bureau of Economic Analysis reported that the U.S. gross domestic product increased at an annual rate of 33.1 percent in the third quarter of 2020 as businesses began to reopen. The GDP dropped 31.4 percent during the second quarter. This positive GDP data could impact the stock market, which in turn may move mortgage rates.

“Typically, a flight from the stock market drives a flight to safety, which means cash or bonds. Once a trend of stability is broken, the markets look for new direction,” Brian Koss, executive vice president of Mortgage Network in Danvers, Mass., said in an email.

“But these pre-election jitters will cause volatility in either direction,” Koss added. “Until we have the election settled, the markets will be unpredictable. The impact on rates will probably be minimal. Generally speaking, there is no direct relationship between the stock market and mortgage rates, but when investors flock to bonds, mortgage rates usually fall. That being said, rates are already very low and unlikely to get much lower.”

Since spring, mortgage rates have plunged to record low levels, based largely on Federal Reserve intervention aimed at stabilizing the housing market. The Fed has been attempting to provide more credit in the market through its purchase of mortgage-backed securities — bundled mortgages sold to investors. Mortgage rates should stay low for the long-term, with the Fed indicating it will continue with the policy until at least 2023.

“Rates have been at or near historic lows for months now, and while there may be small dips and bumps, I don’t expect this picture to change anytime soon,” Stanley Middleman, CEO of Freedom Mortgage in Mount Laurel, N.J., said in an email.

“The main drivers behind mortgage rates are economic uncertainty and the Fed’s practice of buying mortgage securities, which are both likely to continue for the foreseeable future,” Middleman added. “There’s a chance rates could drop further if we don’t see improvement in employment numbers, which is a possibility now that there’s a new surge in covid-19 cases. Either way, we’re looking at low rates well into 2021.”

Freddie Mac compiles the averages from its Primary Mortgage Market Survey. Every week from Monday to Wednesday, the federally chartered mortgage investor queries about 80 lenders nationwide on the rates they’re offering borrowers. The survey is confined to borrowers seeking conventional mortgages with excellent credit making a 20 percent down payment.

Besides the Fed policies, rates are also determined by mortgage bonds investors reacting to the stock market, the yield on 10-year Treasury notes as well as a range of political and economic factors, including the fallout from the pandemic.

Lenders also sometimes raise costs to borrowers when the number of mortgage applications escalates as a way to control the volume until they can get a better handle on their workload.

“The record low mortgage rate environment is providing tangible support to the economy at a critical time, as housing continues to propel growth,” Sam Khater, Freddie Mac’s chief economist, said in a statement. “Strong purchase demand is helping to lift the construction, manufacturing and transportation industries that build new homes and it is also leading to more consumer spending for owners, who are selling or improving their homes. On the refinance front, many consumers are smartly taking advantage of the ability to lower their monthly payment, which means they can spend, save or pay down debt more so than they have in the past.”

We could see mortgage rates decrease next week because of election uncertainty, Yun said.

One major impact of the extended period of low mortgage rates is that there are approximately 6 million more homeowners this year than last year, according to Census Bureau data, Yun said.

“That’s quite a sizable increase,” he said.

Consumers considering at $400,000 loan would see a significant savings in interest compared to 2019. Last year at this time, the principal and interest would have been $1,859 on a 30-year fixed-rate loan. Today that same loan would require a payment of $1,646, a savings of more than $200 per month.

“The mortgage market continues to be very active this fall,” Bob Broeksmit, president and CEO of the Mortgage Bankers Association, said in a statement.

“The lack of inventory on the market has sped up the pace of home-price growth in recent months,” Broeksmit added. “The good news is that home builders appear to be ramping up production. More new homes for sale could gradually ease the supply and affordability constraints that many prospective buyers are experiencing right now.”

One home, a lifetime of impact 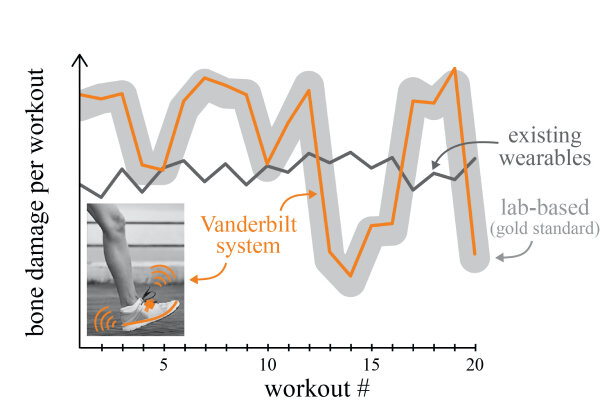