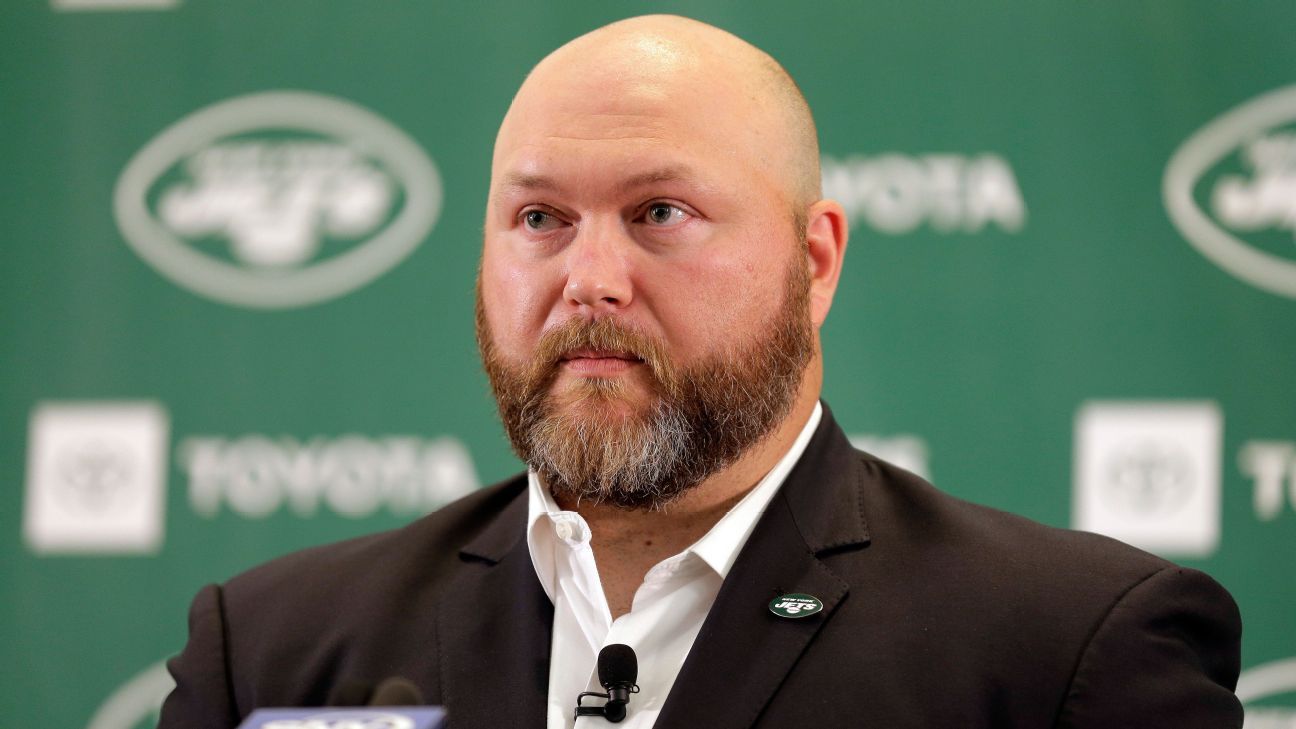 FLORHAM PARK, N.J. — A look at what’s happening around the New York Jets:

1. Home improvement: General manager Joe Douglas inherited a fixer-upper. He threw on a coat of paint, went to Walmart for interior decorations and figured he was good to go. He was wrong, which he acknowledged in his midseason news conference. Now he’s gutting the place and starting over.

The good news for the Jets is they have the means to build it the right way. They have 18 draft picks in 2021 and 2022, including nine in the first three rounds. They have a league-high $81 million in salary-cap room for 2021, according to Over the Cap (OTC) data — and that total could grow to $110 million once they roll over their unused cap space this year.

“That gives us a lot of flexibility and a lot of opportunity moving forward to really improve the talent on this roster,” Douglas said.

The Jets have a lot of resources and a plan. Problem is, their AFC East rivals have plenty of resources, too, so the competition will be fierce. Consider:

2. Blue to Green? Jim Harbaugh’s name is sure to surface as a head-coaching candidate as we get toward the latter stage of the season. He hasn’t lived up to expectations at Michigan, his alma mater, where he has one year remaining on his contract. The Jets have been linked to Harbaugh in each of their past three coaching searches.

In 2009, they interviewed him for the position, which went to Rex Ryan. Late in the 2014 season, Ryan’s final days, the Jets reportedly were interested in Harbaugh, but nothing came of it. There were rumors in 2019, but the Jets denied interest and eventually hired Adam Gase.

Harbaugh’s success with the San Francisco 49ers (44-19-1) makes him an attractive candidate, but you have to believe he’d want to run his own show or hire a personnel man he knows. The Jets aren’t going to sack Douglas two years into a six-year contract, so this wouldn’t seem to be a natural fit.

Then again, Douglas knows John Harbaugh from his time as a scout with the Baltimore Ravens. Could a relationship with one Harbaugh help build one with the other? Food for thought.

3. Future gains: Let’s put a bow on the Jets’ recent roster moves. What did they accomplish by trading defensive players Avery Williamson, Steve McLendon and Jordan Willis and releasing running back Le’Veon Bell?

First, they created roughly $3 million in cap room for 2020, which fattens the amount of their rollover. That helps, but that wasn’t the primary reason for the moves.

The purpose of the trades was to get something for three players on expiring contracts who weren’t going to be back next season and weren’t going to qualify for compensatory picks. But, by trading them before they left as free agents, the Jets essentially did get comp picks in 2022 — a fifth-rounder and two sixth-rounders. There was a cost (three seventh-round choices), but it was a small cost.

Draft picks are currency, and Douglas managed to add a little to his bank account.

4. Ugly stat of the season: The Jets have $44.4 million in “dead” money on this year’s cap, with Bell ($15.1 million) and wide receiver Quincy Enunwa ($11.9 million) accounting for a good chunk of it. The only teams with more dead money are the Carolina Panthers ($50.6 million) and Jacksonville Jaguars ($49.7 million), per OTC.

5. In the trenches: Douglas reiterated his blueprint is focused on building the offensive and defensive lines, an inside-out strategy that is based on sound reasoning. The Jets have a good start on the defensive line, with Quinnen Williams, Folorunso Fatukasi and John Franklin-Myers, a pleasant surprise. The offensive line is a different story.

There are no building blocks other than rookie left tackle Mekhi Becton. The Jets are committed to center Connor McGovern for 2021 because of guaranteed money, but he hasn’t lived up to expectations. The rest of the starters are replacement-level players. The wild card is rookie Cameron Clark, a fourth-round pick who hasn’t played. The coaching staff believes he has a ways to go before he’s ready to play, so this could turn out to be a redshirt season.

6. Clown show: Sometimes non-moves are the best moves. For months, the Jets were linked to defensive end Jadeveon Clowney even though they never had any real interest in the free agent. Some fans and media types screamed for them to make a splashy move. Well, has anybody checked on Clowney? He has been a disappointment for the Tennessee Titans, who are paying him $13 million for one year. He has 15 tackles, one forced fumble and no sacks.

Are you ready for some football? Play for FREE and answer questions on the Monday night game every week. Make Your Picks

7. Fall into the gap: Remember that halcyon day in January 2011, when the Jets stunned the Patriots in the AFC divisional playoffs? Some in the Jets’ camp felt it was a sign they had closed the gap on the Patriots.

A 56-game difference in the win column?

The gap remained a Grand Canyon.

9. The next-to-last word: “Ultimately, I think when you look at successful organizations, no matter what the sport, you don’t see a lot of teams that build long-term success by buying their way out of it. You see the teams, the organizations, that have long-term success, they draft well, and they develop their players. I think that’s the model moving forward.” — Douglas.