PHOENIX (3TV/CBS 5) – Several Native American expectant moms are scrambling to find a new last-minute birth plan after learning they won’t be able to deliver at Phoenix Indian Medical Center (PIMC) due to a temporarily closure of their labor and delivery services which was announced on their Facebook page over the weekend.

PIMC’s spokesperson, Constance James, was able to confirm in a statement that the obstetrics unit was closing temporarily for renovations and that “patient safety is the highest priority for the Indian Health Service.”

“Over the last several years, IHS has made major strides. We have fought for and won substantial increases in funding from Congress. Over this time period, we have successfully achieved increases necessary for bolstering health services and addressing some of the biggest challenges facing our American Indian and Alaska Native communities. The IHS’s discretionary annual budget has grown by a billion dollars, from $5 billion in 2017 to $6 billion in 2020. This past year, Congress followed through on our proposals to fully fund staffing for new and replacement IHS facilities. The Phoenix Area Office has begun an active Master Planning Project which includes PIMC’s facility plan,” James mentioned in her statement. This would also mean that the temporary closures were to update the facility and improve staffing fo the clinic.

The sudden announcement has left first time mom-to-be, Colleen McKelton, 39, stressed out. McKelton is 39 weeks pregnant and was supposed to deliver her baby at PIMC this week. She learned about the PIMC obstetrics closure possibly happening back during at her September appointment.

“I was kind of like in shock at first and then I felt very stressed. I felt very lost. I felt very abandoned. They kept going in and out of the room. It felt very unorganized like what’s going on here? You guys don’t even know who the contact people are? What the outcome is going to be? So I was like ok. I’m sure it was not a last-minute decision on like hey we need to renovate this fourth floor area, send all the mothers out somewhere else. I’m sure it took some time and planning especially when money is involved and I’m sure it’s not going to be cheap if that’s really the reason why they closed.” McKelton said she was also what was considered a high-risk pregnancy because of her age and other health conditions.

“Another thing, [they] just offered me to do was to go back to the reservation and deliver there, but you know, Navajo Nation has a high risk of COVID. I don’t want to go there, expose myself or my child to that.” Luckily, McKelton found a different hospital and was scheduled to be induced Monday.

“The most stressful part would be the unknown financial burden I may be faced with,” McKelton explained. “I applied for AHCCCS probably back in June or July they told me that both me and my husband make too much money which was kind of shocking. I know my husband only working four days a week, he’s not even working 40 hours a week due to COVID. I used to be able to work overtime, but due to c, we’re not seeing as much patients as we used to be… so they kinda cut back on the overtime as well which used to be very beneficial for me.”

PIMC spokesperson, James said they actively serves about 70,000 people from nearly 300 tribes, but wasn’t able to clarify if expectant moms delivering elsewhere will have to pay out of pocket to deliver their baby. James estimated less than 20 pregnant patients are impacted by the temporary closure. She did not indicate when the OB unit could reopen.

McKelton said she’s sharing her story in hopes to get more answers from PIMC and help other pregnant Native American women in her shoes. 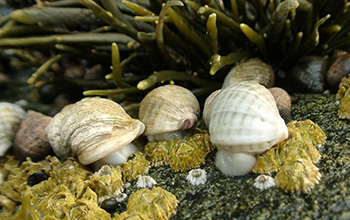