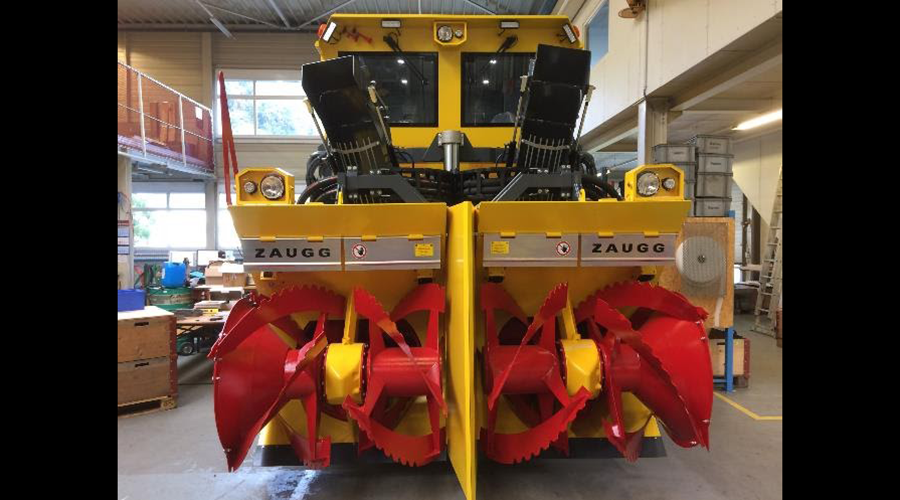 The Broadmoor Manitou & Pikes Peak Railway (MPPR) yesterday announced it has ordered a new rail snowblower as part of its $100 million renovation project on Pikes Peak in Colorado.

The new snowblower, produced by Zaugg in Eggiwil, Switzerland, will have the capability of cutting through snow drifts up to 10 feet tall and 20 feet wide on MPPR’s track, which climbs up to 14,115 feet and is the highest railway in America, MPPR officials said in a press release.

The snowblower’s 47.2-inch diameter cutting reels can cut through 4,200 tons of snow per hour and blow snow 50 to 100 feet off the rail line.

Stadler Rail and Zaugg officials will perform the final inspection of the snowblower in Zaugg’s facility on Nov. 26. The new snowblower will become Unit 30 on MPPR’s equipment roster when delivered in Spring 2021.

The complete renovation of track, rail cars and depot, and renaissance of the Colorado Cog Railway, has less than 1 mile of track left to complete. MPPR is on track to reopen in May 2021.

The railway has a base station in Manitou Springs, Colorado.