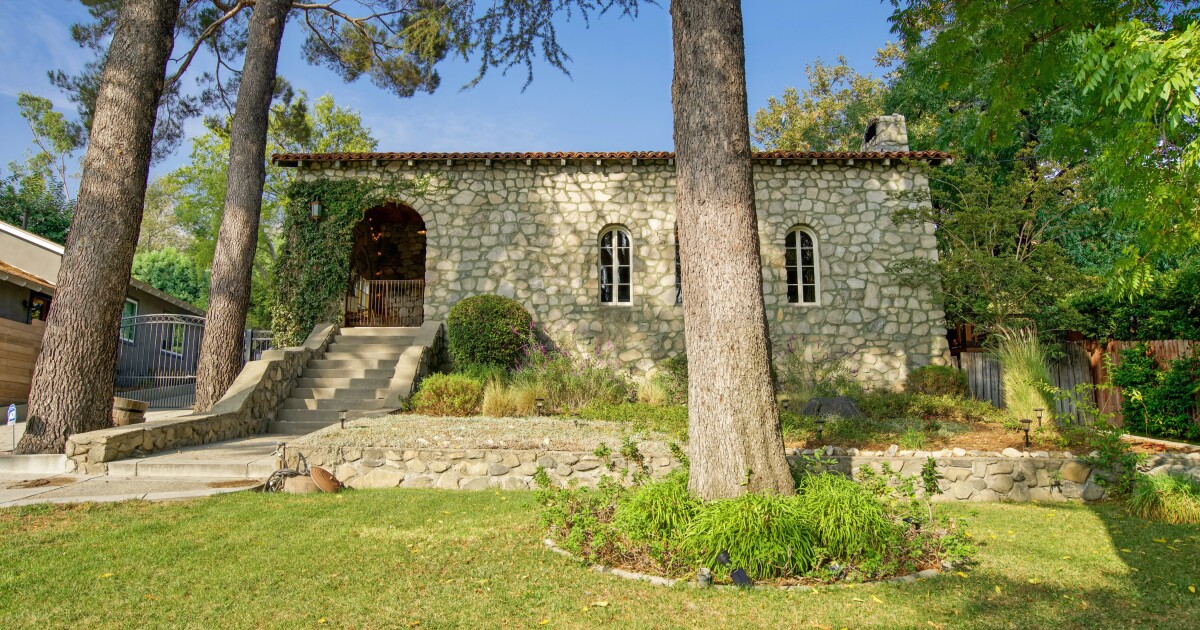 When comedy director Sean Anders and his wife bought this stone-clad home in La Crescenta a decade ago, they soon realized it was too big for just two people.

“We spent a lot of time trying to picture a child of some random age living there with us … and we wound up bringing home a sibling set of three kids,” Anders told The Times. Soon after, they adopted the trio and became a family of five.

The experience served as the inspiration behind his movie “Instant Family,” which he wrote in his office in the garage. Now, the unique abode is up for grabs at $1.95 million.

Inside, highlights include a finished basement with a media room and a colorful kitchen with a custom dinette. The most impressive space comes in the great room, which is complete with dramatic beamed ceilings, arched windows and a stone fireplace.

Outside, the ivy-covered home expands to a spacious yard with a dining deck and garden. The grounds cover about half an acre.

Anders has been directing films since 2005 with credits that include “That’s My Boy,” “Horrible Bosses 2” and “Daddy’s Home.” He also wrote for the films “Mr. Popper’s Penguins” and “Dumb and Dumber To.”