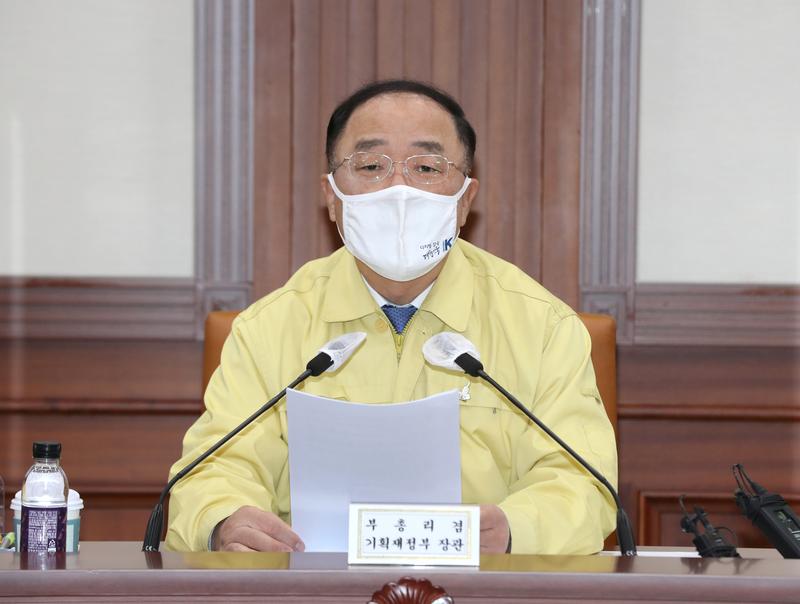 SEOUL (Reuters) – South Korea’s finance minister, the architect of rules aimed at protecting tenants and slowing deposit increases, has himself been forced to look for a new home as landlords react to the rules by quickly replacing tenants so they can bump up deposits.

Hong Nam-ki is also faced with broadening his search as the average deposit where he lives 20 minutes from parliament has soared by a third since his housing rules took effect in July, with the irony of his predicament setting the internet alight.

“Worse comes to worst, he can camp by the Presidential Blue House, right?,” one netizen asked on a real estate forum.

To slow buy-to-rent demand, the Housing Lease Protection Act, led by Hong, capped increases of “jeonse” deposits at 5% and allowed tenants to extend standard two-year contracts for another two, unless landlords themselves move into the property.

Jeonse is a lump-sum returnable deposit paid instead of monthly rent. Landlords invest the deposit and pocket returns.

The Act led to an unprecedented shortage of jeonse housing nationwide as landlords sought to empty properties ahead of July implementation so they could increase deposits for new tenants, expecting not to be able to raise them again for four years.

In Hong’s case, his lease ends in January at which time his landlord is set to move into the property, a realtor citing an industry database told Reuters, echoing local media reports.

“My fellow landlords, lets not rent out to Hong, let him suffer!” wrote another netizen on the popular real estate forum. “Lets make him feel what the government has done!”

For a comparable three-bedroom apartment in Hong’s complex in up-market Mapo, western Seoul, the finance minister would now face deposits that have surged 32% in three months to 830 million won ($731,310), showed data from Naver Real Estate.

Hong, who has served the government for over 30 years, had a net worth of 1.06 billion won at December-end, government data showed.

Hong is one of group of senior officials popularly blamed for failing to curb runaway home prices in Asia’s fourth-largest economy even after more than 20 rounds of mortgage curbs and other steps during Moon’s tenure. In that time, median Seoul apartment prices have risen more than 50%, KB Bank data showed.

His forced move opened a geyser of schadenfreude, with South Koreans struggling to find affordable housing mocking Hong for being a victim of his own making.

“Dear Hong, come and live in my place. I’ll give you a good deal,” said one netizen.

“Hong’s so smart. Way to go bro. Keep playing the victim and demand a bigger job from Moon,” said another.

Hong, who doubles as deputy prime minister for economic affairs, is himself a landlord but cannot move into either of his two properties. The tenant in his apartment in Uiwang, south of Seoul, has extended the lease by two years due to the new rules. The other property, in Sejong, is under construction.

At a regular parliament audit session in early October, Hong was asked by an opposition lawmaker if he had found a new home.

“I haven’t found one yet,” Hong said.