This year, the BBC juggernaut negotiates a global pandemic, and introduces the first ever same-sex pairing

Strictly Come Dancing is going to look very different to any of its previous 15 years, as producer of the annual sequinned extravaganza, Sarah James, explained when she recently addressed the media to reveal how the Coronavirus-friendly edition of the show will work.

At time of writing, it’s still in doubt whether the live shows will even have a studio audience present, but naturally the diminished team behind the show are prepared for “every scenario”. The show must go on and every amenity is being utilised, including social bubbles, close-contact cohorts, daily COVID testing and pre-recorded professional routines to allow for separate isolation with the dancer’s celebrity partners.

What of these celebrities then? Who would want to potentially open themselves up to such an ominous and potentially compromised Strictly experience? A healthy number of household names, apparently! In fact, Corona took a back seat at the annual Strictly press junket, and instead the enthusiasm to learn a new skill shone through. The class of 2020 were in bullish form and the C-word was barely mentioned throughout. Instead, we got the usual chat of sequins, nerves and dance moves. One might think it was business as usual…

Some things never change, however, and each year there are grumbles about trained dancers and stage-schooler hoofers being thrown into the cast. Actress Caroline Quentin isn’t shy in coming forward about her performing experience though. “I’m really hoping, having showed off for a living, that I won’t be too embarrassed to really go for it. Cover up any nasty footwork!” she laughed.

Meanwhile, young EastEnder Maisie Smith trained in ballet, and more recently won the Children in Need special with Kevin Clifton. Will this give her an advantage? “I mean, five days [last year] – I don’t think that’s prepared me for what’s about to come. I did understand how much hard work it is, but I’m still not ready!” she promised. “I used to do ballet and I absolutely hated it because everything had to be so perfect, and I just wanted to dance and shake my hips, so anything that contains a lot of wiggles and something I can groove to, I’ll be good at that.”

She’s not the only one eager to let loose. “I am absolutely terrified of the waltz, the foxtrot, anything that requires a very dedicated sense of grace and poise. That’s not who I am naturally!” admitted Radio 1 DJ Clara Amfo.

Strictly isn’t just about the individual, of course, and for most, their friends and families will be living through the experience with them – many of whom have strong opinions on what their journey will look like. Clara’s mother is no different. “If I get the chance to do a rumba, I know my mum is going to feel a certain way about it!” she confessed. “The rumba is very sensual, it’s basically saying ‘This is sex!'”

The 21-year-old singer and social media star HRVY had underestimated Strictly‘s wide reach. “I didn’t realise how many of my friends watch Strictly – loads of people I didn’t expect. There was a Facebook comments section full of my old teachers, and they were all battling about who I liked the most!”

Of course, the cast have been quick to follow the advice of famous Strictly alumni too. “Susanna [Reid] keeps saying ‘Ranvir, you have no idea what is about to happen! It’s just a whirlwind, your whole life will change, it’ll be like nothing you’ve ever done!'” laughed Good Morning Britain‘s bubbly political journalist. Ranvir is the latest in a long line of GMB recruits who she can turn to for advice, including Kate Garraway, Richard Arnold and Charlotte Hawkins.

“It’s quite an unusual thing, to be asked about my life and be interviewed in this way,” she added. “I’m [usually] the one asking the questions. [But] I like to laugh a lot, and you don’t get to do that when you’re talking politics every day.”

Speaking of politics, there’s only one person former Home Secretary, Jacqui Smith, was turning to for advice. “Ed Balls called me – [he told me] actually to just embrace it and really go for it and try hard, and that’s what I’m going to do.” While she admitted she lacks technical skill, Jacqui remains enthusiastic about her potential for a trademark Strictly “journey”. “I will try hard, I will practise around the kitchen, but I also know I’m starting from quite a low level, so I’m looking for improvement as my success criteria,” she explained.

Like Ed, some former contestants leave quite a legacy, and there’s no surprises when it comes to who former The Wanted singer Max George is going to be compared to, but he remains unfazed by the pressure. “Jay [McGuiness] was always a top dancer even when we started the band. In the audition process, I nearly didn’t get in because of dancing! Jay was always the one who choreographed the stage movement. I won’t compare myself, but if he can give me any tips, then great!”

So, what would the class of 2020 like to achieve, and who is the professional they want to take them to the top?

Olympic Gold medallist Nicola Adams will be making well-documented Strictly history as half of the first ever same-sex pairing on the show. Nicola is so far relaxed about the whole thing, simply wanting to transfer her boxing mentality to the ballroom. “Whoever I’m partnered with, they have to be competitive, because I’ll be working hard. I literally don’t mind, it’s going to be good fun,” she said with a smile. Speaking of the partnership, she added: “I didn’t see what the big deal would be. Girls dance with girls all the time. It’s really good to show diversity, [for others] to see someone from the LGBT community and think ‘That could be me one day’.”

Of course, Made in Chelsea‘s Jamie Laing has already had a dance partner for all of 10 minutes back in 2019 before he broke his foot. An event that triggered some guy from Hollyoaks to get called up, I’m sure no one remembers… Nonetheless, Jamie still has fond memories of his partnership with the reigning champ Oti Mabuse. “Oti is incredible. If I got given Oti again, that would be an incredible gift for sure. Every single professional is incredible, so whoever I get, I’ll feel sorry for them!”

Whoever it is, Jamie’s dance floor debut will surely be worth the wait – even if his nearest and dearest don’t think so. “My mum was just disappointed in me,” he said of last year. “I surprised her with the announcement of rejoining Strictly and she just said, ‘I think you’ll do well, but you’re not going to win it!'”

Meanwhile, self-confessed perfectionist and comedian Bill Bailey is studying diligently for whoever his partner may be. “For me, it’s going to be one of the draws/challenges of the show. Staying active, learning a new skill and being able to work with professionals is a great privilege. They’re extraordinary and dedicated. The opportunity to tap into that knowledge and skill is a wonderful skill and treat,” he shared, adding his enthusiasm about being able to take part in the show due to cancelled tour plans.

The actor also has a studious approach to learning. “If it’s in my show, if I’m talking about a style of music I research it, I find out, I want to know everything about it. So yes, I have been reading about it all,” he said of the ballroom world.

For the younger members of the cast, there are different priorities. “I just want someone I can have banter with, I suppose, someone who can keep my attention span and can tell me off because I need that sometimes,” joked HRVY, while Max George is aware he might not be everyone’s cup of tea. “I’ll need someone who tells me what to do, I want someone who’s full of energy. It’d be nice to have someone who I don’t do their heads in. I hope I don’t frustrate anyone,” he shared honestly.

More than ever before, the nation is looking to Strictly this year for some much-needed escapism. Back in the grips of lockdown in April, it didn’t look like we’d ever get to this point, and the cast are more than aware they’ll be responsible for spreading a little joy in what is a bleak time.

Many will warm to Caroline’s natural empathy for those who’ve struggled in the past few months. “It’s been a difficult and dark time for mental health issues, and I hope to encourage [older people] to get moving. [I think it’s] good for the spirit. People are desperately envious of my position, but I think they’re longing for the joy of it, the sparkle, the comedy…”

“If there was any year that we needed this show, it’s this year,” agreed Clara Amfo. “However long I last, I want to have a fun time. Put on that dress or suit and become someone else – it’s all about the escapism.”

Highlighting a different perspective is former marine turned television presenter JJ Chalmers. “I’m driven by wanting to do the best I can. I’m not here to be a spokesperson for disability. If someone can look at me [and be inspired], then all the better.”

Strictly, in fact, could find itself with greater power than usual this year. With a potential nationwide lockdown on the horizon, it will be an unexpected treat to have some live light entertainment grace our screens on Saturday nights. The nation loves to see people learn a new skill and wants nothing more than a little light relief. With such poignant context, this enthusiastic bunch of beginners will seem like old friends by November.

From This Author
Vikki Jane Vile 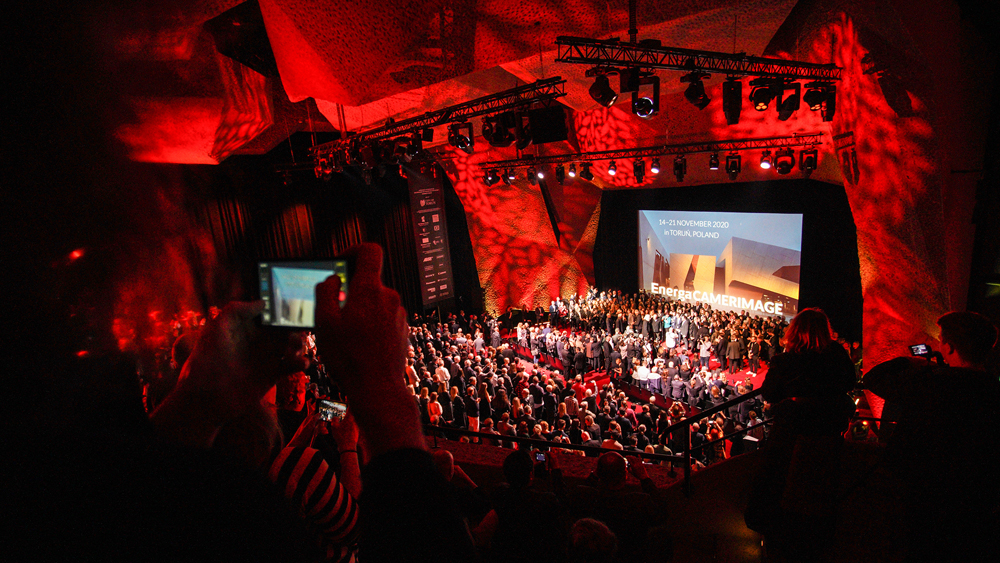