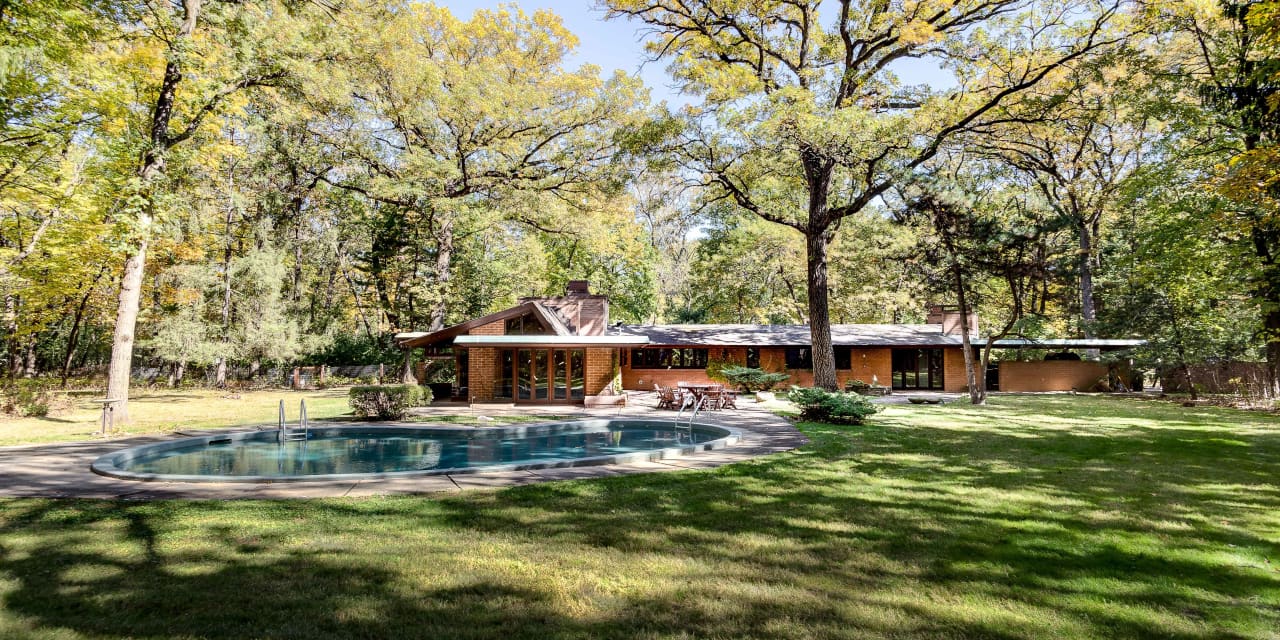 The only house designed by Frank Lloyd Wright in the Chicago suburb of Glenview, Illinois, has hit the market for only the second time since it was commissioned in 1950.

The brown brick home, known as the Carr House, reflects Wright’s Usonian style, a term he coined to describe architecture informed by the American landscape, according to the Frank Lloyd Wright Building Conservancy. They were often modestly sized, low-slung homes, built with materials that invoked the surrounding terrain.

Carr House, which hit the market last week for $1.695 million, is very much a reflection of the densely forested property, which sits within a nature preserve known as The Grove.

Rich mahogany adorns the home’s cantilevered ceilings, with thick beams that extend outdoors as part of the overhanging roofline. And like the facade, much of the interior walls, including the living room fireplace, are made of brick, some of it pierced