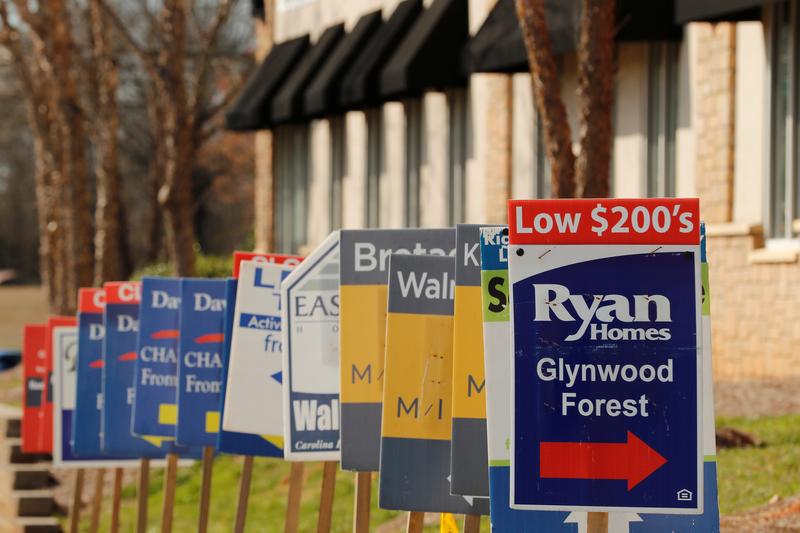 WASHINGTON (Reuters) – U.S. home sales surged to a more than 14-year high in September, boosted by historically low mortgage rates, but record high prices amid a shortage of houses could curb further gains.

The National Association of Realtors said on Thursday that existing home sales jumped 9.4% to a seasonally adjusted annual rate of 6.54 million units last month, the highest level since May 2006. Data for August was revised down to a rate of 5.98 million units from the previously reported 6 million units.

Economists polled by Reuters had forecast sales increasing 5% to a rate of 6.30 million units in September.

Existing home sales, which account for the bulk of U.S. home sales, vaulted 20.9% on a year-on-year basis in September.

Sales increased in all four regions and were concentrated in the upper price end of the market.

The COVID-19 pandemic has sparked a migration to the suburbs and low-density areas as Americans seek more space for home offices and schooling, making the housing market the star of the economy’s recovery from the recession, which started in February. Staggering unemployment, which has left 23.2 million people on unemployment benefits, has disproportionately affected low-wage workers, who are typically young and renters.

But housing market activity could slow in the fourth quarter, with applications for loans to purchase of home falling in the past four weeks, likely because of the tight inventory.

There were 1.47 million previously owned homes on the market in September, the fewest since the NAR started tracking the series in 1982, down 19.2% from a year ago. As a result, the median existing house price soared 14.8% from a year ago to $311,800 in September.

At September’s sales pace, it would take 2.7 months to exhaust the current inventory, the shortest since 1982. That was down from 3.0 months in August and 4.0 months in September 2019. A six-to-seven-month supply is viewed as a healthy balance between supply and demand.

(This story corrects historical in the first paragraph)