(Bloomberg) — Sales of previously owned U.S. homes rose more than expected in September to the highest level in 14 years as a desire for more space and record-low mortgage rates continue to support demand.

Contract closings increased 9.4% from the prior month to an annualized 6.54 million, the fastest pace since May 2006, after a downwardly revised 5.98 million in August, according to National Association of Realtors data released Thursday. The median forecast in a Bloomberg survey of economists called for a 6.3 million rate in September. Single-family home sales outpaced purchases of condominiums.


The figures, which included record selling prices and leaner inventory, reinforce other data showing a booming housing market that’s a key source of fuel for the economy. With the pandemic forcing many Americans to work and learn from home, demand for single-family properties has soared at the same time record-low mortgage rates have lured more buyers.

Housing “is clearly much better than a V-shaped recovery so it’s not only about recovering but well surpassing what was happening prior to the pandemic,” Lawrence Yun, NAR’s chief economist, said on a call with reporters. At the same time, “home prices are simply rising too fast due to insufficient supply and very strong demand.”

Properties remained on the market for just 21 days in September, an all-time low and down from 32 days in the same month last year, the NAR said.

Available inventory declined 19.2% from a year earlier to 1.47 million units, the fewest for any September on record, the NAR’s data showed. At the current pace, it would take 2.7 months to sell all the homes on the market, the lowest on record. Realtors see anything below five months of supply as a sign of a tight market.

Homebuilders are working to keep up with demand amid lean supply. Single-family housing starts are at the highest since 2007, and a measure of homebuilder sentiment is at a record high.

The NAR’s report showed purchases of existing homes increased in all four U.S. regions, including an 8.5% gain in the South to an all-time high and a 9.6% jump in the West.

“Home sales traditionally taper off toward the end of the year, but in September they surged beyond what we normally see during this season,” Yun said in a statement. “I would attribute this jump to record-low interest rates and an abundance of buyers in the marketplace, including buyers of vacation homes given the greater flexibility to work from home.”

Existing-home sales account for about 90% of U.S. housing and are calculated when a contract closes. New-home sales, which make up the remainder, are based on contract signings and will be released Monday. 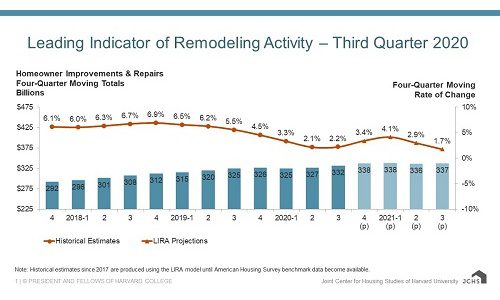