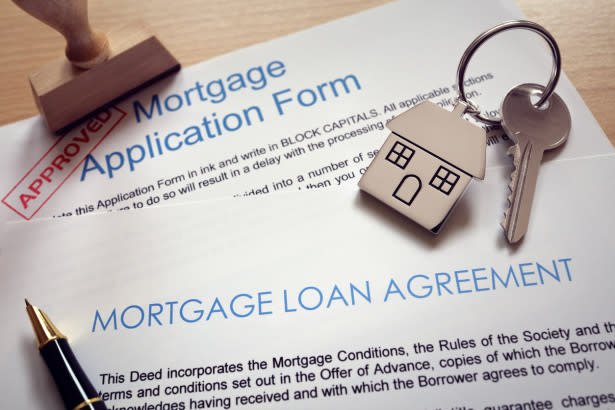 Compared to this time last year, 30-year fixed rates were down by 97 basis points.

Economic Data from the Week

Economic data was on the lighter side in the 1st half of the week.

It was a mixed bag on the data front.

The stats had a muted impact on the broader market, however, with a surge in new COVID-19 cases weighing on risk appetite.

With a number of EU member states reintroducing lockdown measures, the fear is that the U.S may have to follow.

On the geopolitical risk front, market jitters ahead of the U.S Presidential Election next week also weighed on riskier assets.

The weekly average rates for new mortgages as of 29th October were quoted by Freddie Mac to be:

According to Freddie Mac,

For the week ending 23rd October, rates were quoted to be:

Weekly figures released by the Mortgage Bankers Association showed that the Market Composite Index, which is a measure of mortgage loan application volume, increased by 1.7% in the week ending 23rd October. In the week prior, the index had slipped by 0.6%.

The Refinance Index increased by 3% and was 80% higher than the same week a year ago. In the week prior, the index had risen by 0.2%.

According to the MBA,

For the week ahead

It’s a busier 1st half of the week on the U.S economic calendar.

Factory orders are also in focus but will likely be overshadowed by the private sector PMIs and labor market numbers.

The main event, in the 1st half of the week, is the U.S Presidential Election, however.

With the election the key driver, COVID-19 updates will also provide direction. Any suggestions of a reintroduction of lockdown measures across badly affected U.S states would further test risk appetite.

This article was originally posted on FX Empire