The spacious patient areas, new finishes and offices of the Wabash Valley Health Center shined Thursday for a ribbon cutting and open house showcasing a $4 million expansion and renovation project.

The project began a year ago and was finished this week, three months ahead of schedule. It is to be an investment in the health of the economically challenged Ryves Neighborhood.

“This is a great day for the people we serve,” said Peter Ciancone, WVHC board president as he praised the roots of the clinic that was formed in the former St. Ann Parish school as a ministry of the Sisters of Providence.

“The patients are just so grateful and so appreciative,” Brock said during tours of the facility. “We try to emphasize all this is for them. All these improvements we made, it is all to enhance what we do and we just keep telling them, ‘This is for you.’”

The clinic building, 1436 Locust St., with its original 17-inch-thick exterior walls, was built as a church about 115 years ago. It later became a school for the parish.

Sister Lawrence Ann served as the clinic’s director for eight years, and recalls attending school there as a child. She toured the building Thursday, and tried to place where former offices and patient areas used to be as walls have moved and new spaces added.

Turner said in the first 18 years of the clinic, about 200 volunteers assisted in serving more than 100,000 patients who received free services.

“There’s a lot of providence here,” Turner said looking around, recalling the origins of the dental clinic following the death of a young mother due to a lack of dental care.

On one wall of a staff area, Sister Connie Kramer laughed during the tour as she saw the reuse of a coat rack she had made years ago. The nine hooks still hang on a board on the wall.

“I made that one Thanksgiving weekend,” she said.

Sister Lawrence Ann commented on a shelving area in a narrow hallway where supplies are stored instead of the books that used to fill the shelves.

Kramer also pointed out an upside-down spindle in a bannister above a stairwell. The spindle was intentionally installed that way by the original carpenters, Kramer said, to show that nothing is perfect.

Kramer said it was a privilege to donate $275,000 from the St. Ann Dental Services Endowment Fund to support the health center expansion.

“It would help continue the legacy of both the Sisters of Providence and St. Ann Parish Community in meeting real needs of real people in this sacred place,” Kramer said of the gift.

Prior to the ribbon-cutting, WVHC CEO Charlie Welker praised the many corporate and individual sponsors who contributed to the project.

Among those donors present was philanthropist and Terre Haute native Donald Moffitt, who gave $150,000 for the expansion.

Moffitt’s mother attended St. Ann School as a child. Moffitt, who grew up poor in the Ryves neighborhood, went on to become president and chairman of the board of CNF Inc., formerly Consolidated Freightways, a multi-national transportation and logistics company.

Mayor Duke Bennett said he was glad the city could partner in the project with $500,000 in redevelopment funds and another $30,000 in infrastructure upgrades outside the building.

“This whole concept of Wabash Valley Health Center,” Bennett said of the growth of the clinic since 2012, “you could see this was gonna take off and be a tremendous asset for the community.”

Steve Witt of the Terre Haute Economic Development Corporation said the health center expansion s the type of project the agency wants to partner in to improve the lower-income areas of the city.

Welker praised the health center staff for their resilience in continuing operations during the construction. He also praised the staff of Hannig Construction for their work and attention to detail, jokingly saying the expansion caused “plenty of pain and challenges.”

“It’s one thing when somebody is in your house doing a little bathroom remodel,” Welker said, “but when they live in your house for a year, and they tear up the entire place, there’s plenty of challenges.”

Continuing the project during the COVID-19 pandemic was also a challenge, Welker said, for both the construction crew and the clinic staff, but no days of patient care were lost.

Kramer praised Welker for his dedication to the health center, its clients and community.

“The greatest gift Charlie brings to this Wabash Valley Health center is his sense of mission. It gives him a deep, deep, deep-seated belief that every person deserves by right to have health care, and they deserve to be treated with dignity and respect,” Kramer said. “And that is the greatest gift of his leadership because it makes him a very effective administrator and a very effective leader, across the board.”

The $4 million construction project involved a 3,700-square-foot expansion along with major interior and exterior enhancements.

A major part of the project was moving the main entrance to the north side of the building and creating a new patient parking area with improved access to the building.

Sign up for our newsletters to get the latest, breaking news.

That meant acquiring some adjoining property, moving some utility services and closing a portion of the east-west alley behind the original clinic. Entry to the parking lot and building is now off First Avenue.

The former entrance on the west side of the building was demolished to create an expanded waiting room, registration area and same-level offices for navigators to offer free help with enrolling in health insurance.

Another critical element for safety was the addition of a fire sprinkler system throughout the entire building.

A new HVAC system was installed. Flooring was upgraded. Emergency ramps were constructed on both the east and west sides of the building. A new staff parking lot on the east side is adjacent to a new staff entrance.

For more information, go online to www.wvhc.org or to www.facebook.com/WabashValleyHealthCenter. 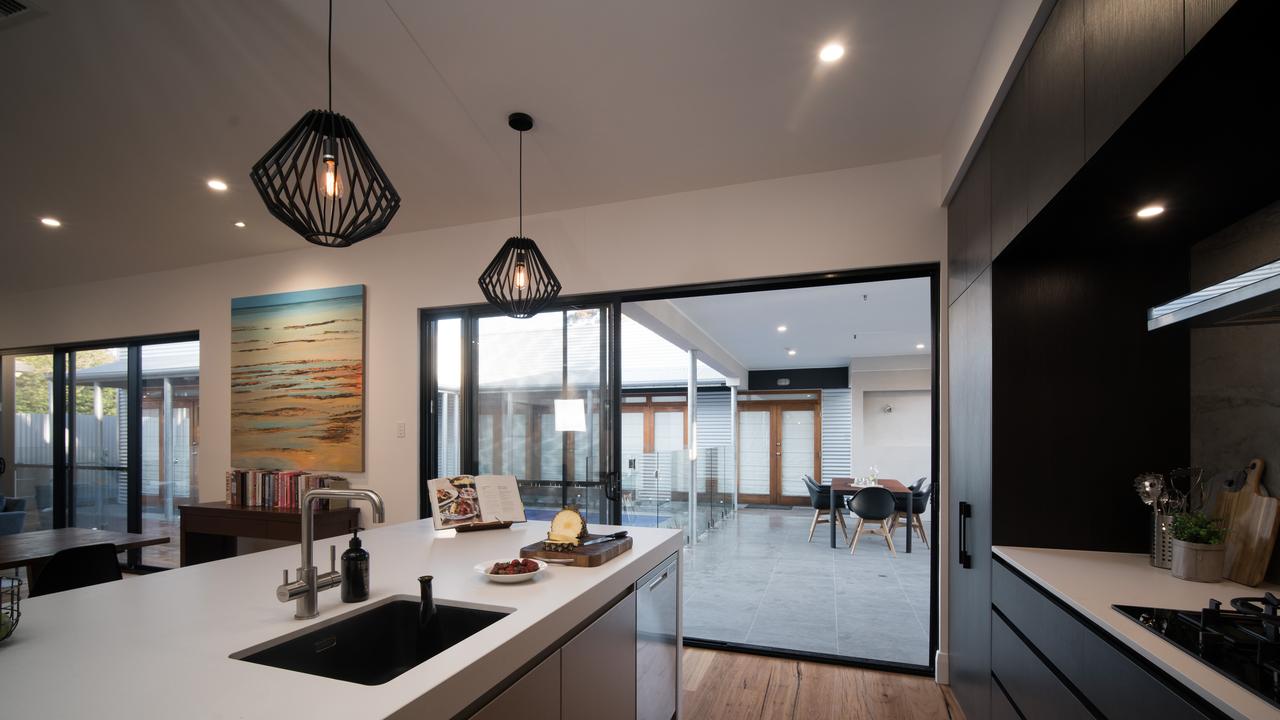