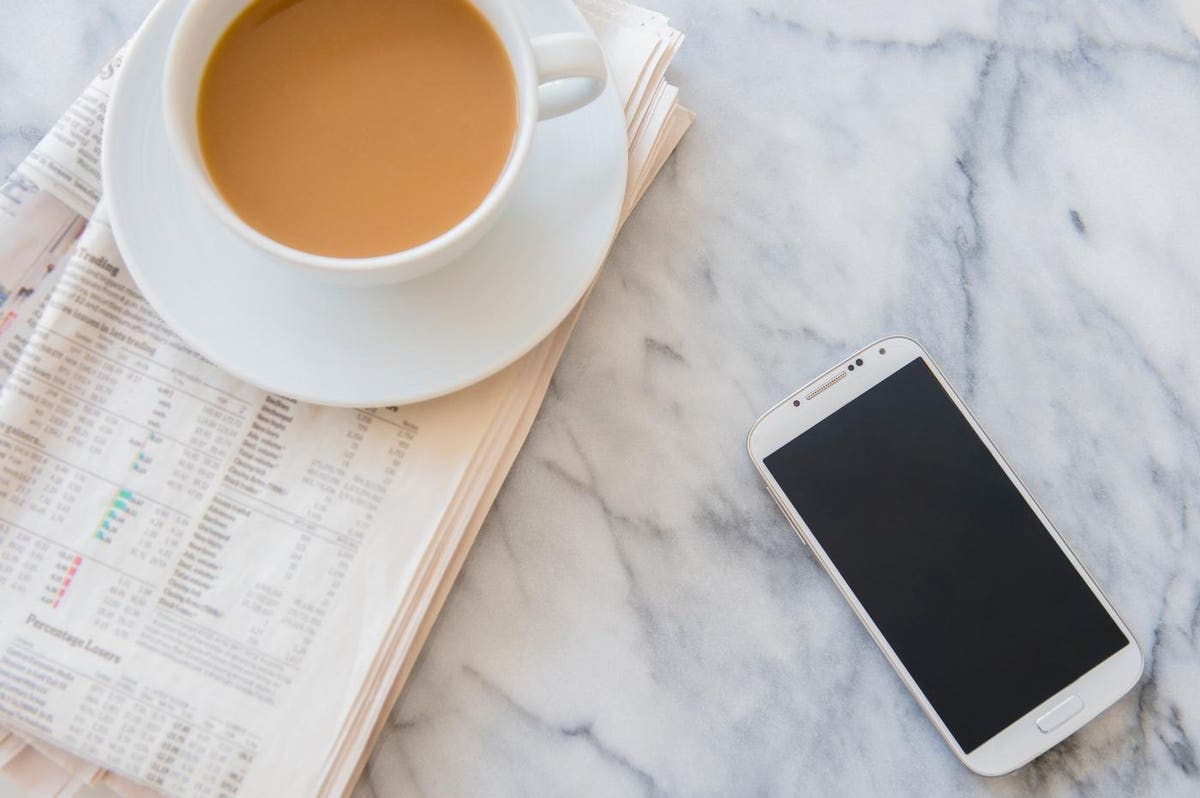 This week, the stock market has seen a tug of war between growth stocks and value names as investors have been rethinking the balance between companies that would benefit from an economic reopening and those that would be helped if people stay at home longer.

This morning it seems that investors are leaning slightly toward the stay-at-home end of the pendulum swing, perhaps as a result of coronavirus cases that continue to mount ahead of the coldest months of the year and the realization that a vaccine likely will still take some time for approval and wide distribution. That likely means more economic pain for longer, especially for small businesses.

While the stock market this morning is relatively subdued, it’s worth keeping in mind that big news on the coronavirus can quickly move the market either way.

On the economic front, initial jobless claims for the week ended Nov. 7 came in at 709,000. Although that’s still an astronomical number by historical standards, it was less than the 740,000 a Briefing.com consensus had expected. The weekly jobless claims report has increased in importance during the pandemic as it gives investors a more up-to-date look at an important portion of the economy—the labor market—than the monthly payrolls data.

Initial claims hit 842,000 in the week ending Oct. 10, but have now declined in each of the four subsequent weeks. The latest initial claims data still show a very high number historically, but it’s coming down toward the pre-pandemic all-time high of 695,000 from 1982. With this many people out of work, it’s clear that the economic recovery has a long way to go. But once the number drops below the 695,000 mark, at least we won’t be in previously-uncharted waters anymore.

In other economic news this morning, the government released consumer price index data for October. The latest headline and core numbers both showed no change since the prior month. A Briefing.com consensus had expected both numbers to come in at 0.2%.

While zero month-on-month inflation might sound like a desirable thing, given what’s happening with the economy right now it’s probably an indication of sluggish economic activity. A little inflation is actually a good thing.

The market’s main indicator of fear, the Cboe Volatility Index (VIX) is moving higher this morning. Demand for the perceived lower risk of U.S. government debt is also on the rise, pushing the yield on the benchmark 10-year Treasury lower. Meanwhile, the price of gold, another alternative to stocks, was rising.

Back and Forth In Tech-Related Stocks

Wednesday’s petal showed some investor love, as the tech-heavy Nasdaq Composite (COMP) rose by more than 2%, handily outperforming the other two main U.S. stock market indices. As the COMP snapped a two-session losing streak, the Information Technology sector was the best-performing of the S&P 500 Index’s
(SPX) 11 sectors, rising 2.41%, almost a full percentage point more than the next-best performing sector, which was Consumer Discretionary.

Technology stocks, as well as tech-related companies like Netflix
(NFLX) and Amazon
(AMZN), have been a popular trade during the pandemic. Part of the reason for that is the stay-at-home trade has increased trends in remote working and learning and boosted demand for video games. That has accelerated demand for computers, chips to power them, data center technology, and cloud services.

But another reason for the popularity of tech and tech-related stocks is that mega-cap FAANG companies—Facebook (FB), Apple
(AAPL), AMZN, NFLX, and Alphabet’s (GOOGL) Google—have been viewed by some investors as a port in the storm. Investors have wanted to remain in the stock market because of ultra-low bond yields, but they have also wanted the relative stability of these mega cap stocks that have performed better during the pandemic than some other companies.

That backdrop has led to the outperformance of growth companies that can benefit even during lockdowns at the expense of value companies that are more tied to economic cycles.

But that trade reversed this week as investor optimism about the economy got a shot in the arm from news that a vaccine from Pfizer
(PFE) and BioNTech (BNTX) demonstrated more than 90% effectiveness against Covid-19. The excitement about a potentially accelerating recovery that a vaccine could bring—think more crowded restaurant dining rooms, more leisure and business travel, and more demand for oil—helped boost the Energy, Materials and Industrials sectors at the expense of tech and tech-related companies.

On Wednesday, however, those sectors pulled back. Profit-taking may have had something to do with it. But there also seems to be a sense of reality setting in after the initial euphoria on the vaccine news. A vaccine likely won’t be widely available for some time. Meanwhile, we’re seeing a resurgence in Covid-19 cases, and we haven’t even gotten to the colder winter months. Also, a stimulus package from Congress remains a question mark.

Technically Speaking: Although the SPX hit a record high Monday amid the vaccine excitement, it ended up closing the day below its Sept. 2 closing high of 3580.84. And yesterday, the broad index inched above that level but ultimately closed below it. With so much buying in the market recently, it might not be a bad thing for stocks to consolidate, and it seems like the area around 3580 level might be where that happens. Of course, that’s barring any big news that would be a catalyst for the market to move higher. That could include news on the vaccine front from Moderna (MRNA), which said yesterday that it had enough data in its phase 3 Covid-19 vaccine trial for a first analysis by an independent safety monitoring board. Movement on a coronavirus relief bill out of Congress could also act as a catalyst.

Let’s Review: With stocks near record highs, it might be worth reviewing what helped get us here considering we’re still in the grip of a pandemic that has wreaked havoc on the economy. For one thing, the Fed’s willingness to do whatever it can to help out the economy has created what’s called the “Fed put,” where investors tend to be willing to buy on dips thinking the central bank will come to the rescue if things go further south. Also, economic data has steadily been improving, with the latest Atlanta Fed GDPNow annualized real GDP growth estimate for Q4 coming in at 3.5% on Friday compared with 2.2% on Oct. 30. Also, during October, analysts have been increasing their Q4 earnings estimates for SPX companies, according to FactSet. “While analysts typically lower EPS estimates during the first month of a quarter, they increased EPS estimates during the first month of Q4 2020,” according to the financial data provider. With that backdrop, the vaccine news and indications that investors are pleased with a potentially gridlocked Congress have been icing on the cake to help take the market higher.

Volatility Seen Continuing: Of course, a substantially higher market can be a double edged sword. Investors may want to consider guarding against over valuation, which can be hard to do when they have a fear of missing out on further gains. That tension can help lead to volatility as the market tries to arrive at what it thinks is a fair valuation. “Market volatility is expected to remain high,” according to investment research firm CFRA. The firm thinks bulls and bears will continue to debate the impact of the still-unresolved election, the growing spike in Covid-19 cases in the U.S. and the potential for that to affect the economy and company earnings, and the likelihood of a near-term coronavirus aid package from Congress.