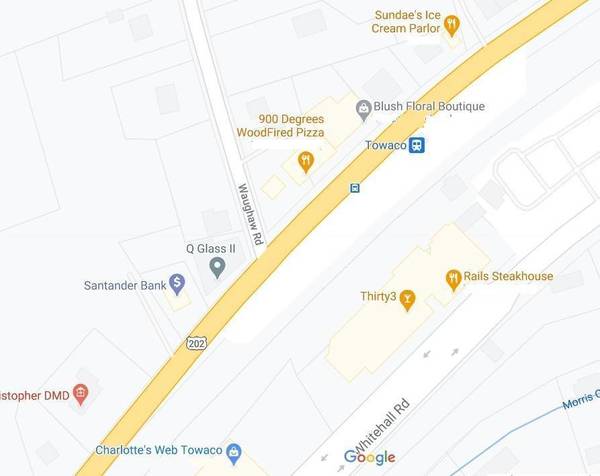 MONTVILLE, NJ – Towaco residents will soon have a safer version of the center of town, according to Towaco Civic Association President Daria Senaldi, once safety improvements to that area are complete. The TCA has spearheaded, in conjunction with the county and the township, a renovation of the corner of Waughaw and Route 202/Main Road, in order to reduce accidents and improve sightlines, plus some improvements on Main Road.

“Towaco Civic Association board members were discussing the intersection at a board meeting more than a year ago, and we were saying how we’ve seen an increase in accidents there – I’ve personally seen two,” Senaldi said. “One was with a motorcyclist who was terribly injured. We also reached out to the town because there are no true crosswalks in Towaco center. It’s dangerous because drivers don’t stop for pedestrians who are crossing from the parking lot to the businesses.”

Our newsletter delivers the local news that you can trust.

You have successfully signed up for the TAPinto Montville Newsletter.

“We had recommended a redesign of the Waughaw intersection to the county for a while,” Caggiano said about the corner. “We’ve had four accidents at that corner just in the past two years. As for Main Road, we conducted a pedestrian safety event in November of 2019 to increase awareness, and in two hours we issued 10 verbal warnings and issued 14 summons in Towaco center.”

TCA board members and then-mayor Rich Conklin met with engineering officials regarding the corner about a year ago, Senaldi said.

“We met with County Engineer Christopher Vitz and Township Engineer Nick Marucci to talk about options, which centered on the visibility of the intersection,” she said. “They came up with the recommendation of bumping out the end of Waughaw to increase sightlines for drivers coming out of Waughaw. It will probably take a few parking spots near 900 Degrees Pizza Restaurant to make the crosswalk.”

The result will be improvements which will begin construction on Nov. 4. The area will have flashing pedestrian signs for safety installed. One will be around Sundaes and one will be approximately in front of Santander Bank. Both will flash “crosswalk ahead.” Waughaw will be narrowed with sidewalk islands on the Santander Bank side, and a painted crosswalk will be installed across the end of Waughaw.

Senaldi said that the bus shelter near Sundaes is in need of some renovation, too.

“When we looked at the bus station – the path nearby is just dirt,” she said. “It needs a sidewalk. You’re walking in snow.”

So a paver sidewalk will be installed, along with Belgian block curbing, there, and at the Waughaw intersection. The bus stop will have a crosswalk marked in front of it as well. Also at the Waughaw intersection, a pedestal clock will be installed, although the installation of the clock will be delayed beyond the four-week estimated construction time. The flashing signs will be delayed as well, due to manufacturing delays, according to township officials. See the photo gallery for the drawings of the construction.

The construction is being funded by both the county and the town, to the tune of approximately a quarter million dollars.

Senaldi said she is very glad to see the project commencing.

“This is a big deal,” Senaldi said. “I’m thrilled the TCA could start the initiative and that it’s coming to fruition. It has been a wonderful relationship between the township, the township committee, and county. It has been really well orchestrated from all individuals to make this happen – it’s been a year and a half in the making. When it’s done, it’s going to look great and it’s absolutely a necessity. I know it’s challenging to lose a parking spot, but what we’re gaining is a sitting area, because we’re hoping to put a bench there as well as a safe crosswalk. If I had to capture one reason to do this project, it was safety for pedestrians and safety for drivers.”

Visit and read your exclusive Montville news at TAPinto Montville​ 24/7 for FREE: TAPinto​Montville​.net

Sign up to receive FREE TAPinto news in your email inbox: www.tapinto.net/enews

Celebrating something special? Showcase your anniversary, birthday, graduation, and MORE on TAPinto Milestones!