The pivotal period of this game, you felt, came around an hour in. Arsenal were knocking at the door in search of an equaliser. Crosses came and went. Chances whistled past either post. For a while, it felt like Aston Villa might have to settle in for a long and painful rearguard. At which point, they seemed to come to a crucial realisation. They were better than Arsenal. And so in a rampant, crushing climax, they set about proving it.

As Jack Grealish and Ross Barkley began to run the game on strings, as Ollie Watkins picked off the two goals that would turn a victory into a rout, Arsenal were stripped bare again and again, beaten not just on tactics and technique but on application. Marshalled by Tyrone Mings at the back, orchestrated by Douglas Luiz in midfield and brilliantly drilled by manager Dean Smith, Villa won their duels and won their second balls, leaving Arsenal choking in their dust.

For Mikel Arteta, a long-awaited reckoning. Clutch wins against big teams have helped to reinforce the impression of a team in chrysalis, building from strong foundations, and perhaps allowed the odd rough night. But this was something else. Presented with a clearly underperforming side, Arteta was powerless to affect the flow, powerless to change the game, powerless to inspire.

This defeat slips them back into the bottom half of the table and the time for excuses, you feel, is over. They were given an early reprieve by VAR before falling behind to a Bukayo Saka own goal. Yet the reaction never materialised. The front three were abject. The substitutes were little better. From front to back, from last whistle to first, they were simply outplayed.

Video: 1-2: Castilla fail to pick up points against Getafe B (Real Madrid)

1-2: Castilla fail to pick up points against Getafe B

Barely had the strains of the Last Post evaporated than Aston Villa were celebrating a goal. With the clock showing 45 seconds, John McGinn smashed the ball into the top corner after some good work by Grealish on the left wing. And yet again, technology would have the final say. Barkley, standing in an offside position, was adjudged to have impeded the sightline of Bernd Leno, even if McGinn’s shot was so powerfully struck that Leno would merely have enjoyed a marginally better view of the ball flying past him.

Villa, naturally, were incensed. For Arsenal, an unexpected early bonus: all the shock therapy of conceding an early goal without the inconvenience of actually going behind. And yet, if McGinn’s disallowed goal was an early warning it went unheeded: despite boasting plenty of possession there was a curious looseness to them at both ends of the pitch. On 25 minutes Villa had the ball in the net again, and this time it would count.

Again it sprang from Grealish and Barkley teasing the ball between themselves on the left wing, unrushed and unconfronted, waiting for an opening to emerge. It came via Matt Targett, who darted to the byline and crossed. Bukayo Saka nipped in just ahead of Trezeguet, but could only prod the ball goalwards.

On the touchline, you could sense Arteta’s sap beginning to rise. Never the most relaxed of coaches at the best of times, as the game progressed Arteta began to take an even more terrifyingly proactive role: not simply cajoling but commanding, screaming exactly where he wanted each pass delivered. Not that it seemed to do much good. Back on the pitch, Lacazette beamed a header badly over the bar.

Dani Ceballos replaced the injured Thomas Partey at half-time. It was, perhaps, an attempt to give Arsenal’s midfield a little more range and craft, a few more gears. And though Ceballos played some nice passes and curled a shot wide early in the second half, the pattern of the game remained largely unaltered: Arsenal predictably funnelling the ball up the flanks and occasionally getting caught on the break. Grealish slashed a shot just wide. Rob Holding, of all people, had the best of Arsenal’s chances.

As desperation took hold, the terrible Willian and the ineffective Alexandre Lacazette took their leave, replaced by Nicolas Pépé and Eddie Nketiah. Yet as Arsenal regrouped, Villa made the game safe, displaying the directness and cutting edge that had eluded Arsenal all evening.

With 20 minutes left, Luiz picked out a terrific diagonal ball; Watkins headed in Barkley’s brilliant volleyed cross from two yards. Four minutes later, the final insult: an Arsenal attack broke down and as their disinterested players jogged back into position, Grealish set Watkins clear, the finish fired in hard and low to crown a sparkling, resounding triumph. 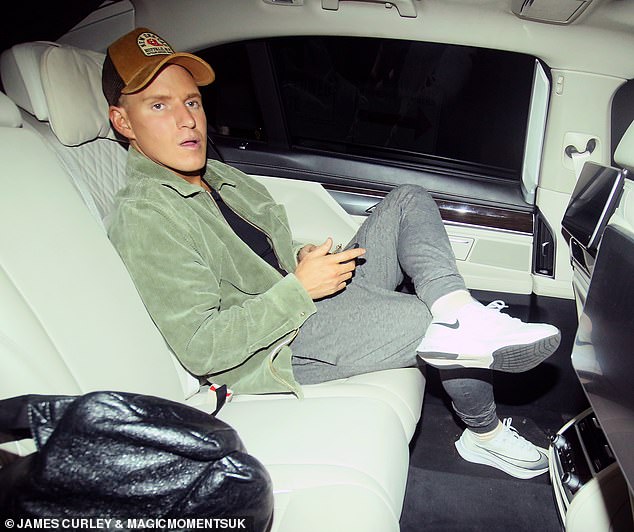