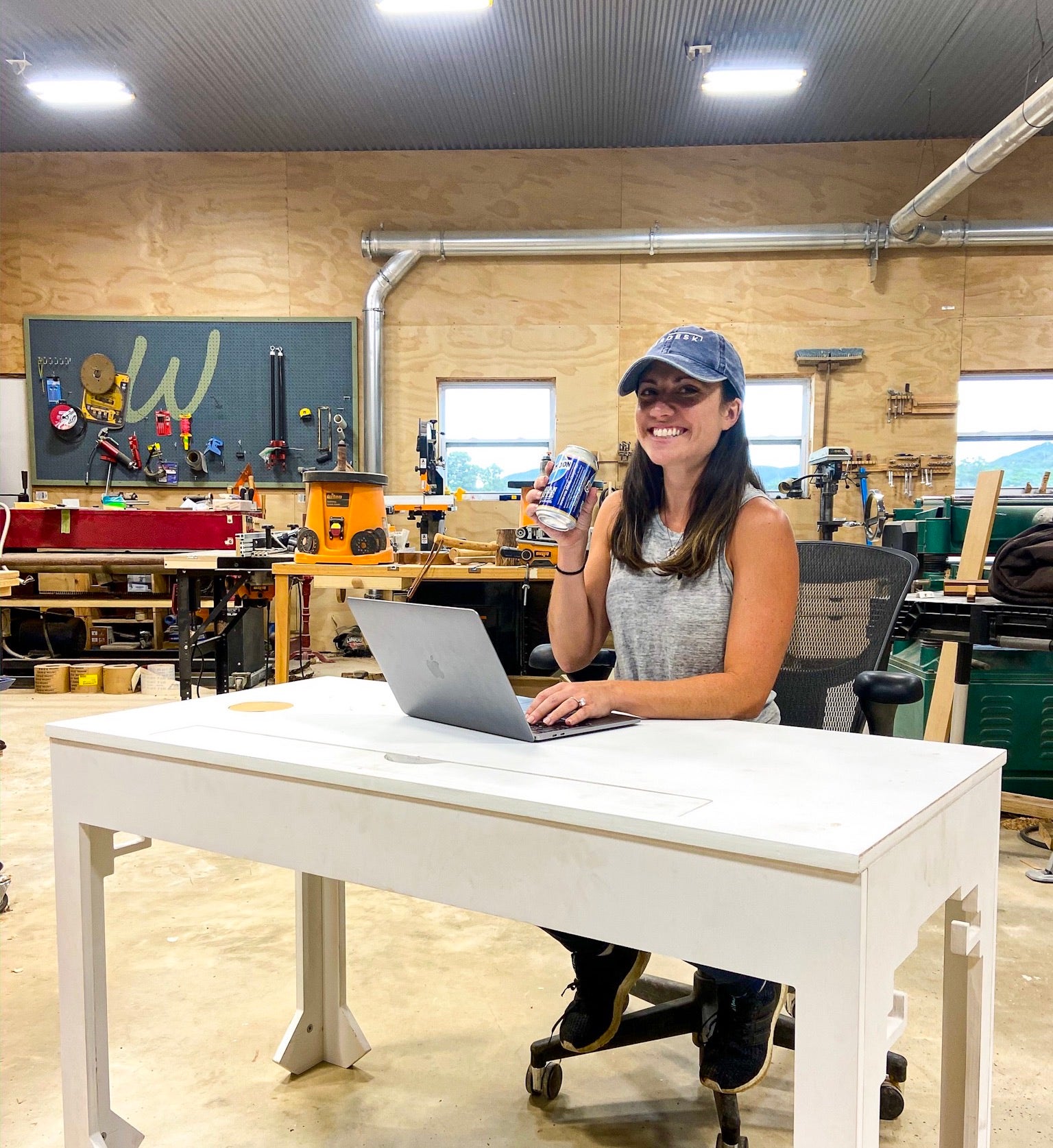 Home improvement businesses built during the pandemic are nailing it.

Atlanta-based Dana Bakich was gearing up to launch a furniture company with an easy-to-assemble desk — something she developed specifically with remote employees in mind — aimed at businesswomen like herself. It was the solution to one of her own recent problems, exacerbated by buying a flimsy desk for hundreds of dollars online, only for it to arrive in dozens of pieces.

Then the coronavirus hit.

HerDesk founder Dana Bakich launched her own furniture company after noticing a problem with existing desk products. (Courtesy of Bakich).

“I was thinking of putting the business on pause,” Bakich told FOX Business of second-guessing her business model’s potential success at the height of the pandemic in March.

But with more people working from home, coupled with the continued shortage of desks back-ordered on websites like Amazon, Wayfair and Pottery Barn, she realized there was no better time to debut her idea.

“I realized the issue was the majority of those products were shipped from overseas,” Bakich said. “People were having the opposite reaction. No one could find a good desk anywhere. I thought, ‘Maybe this is a good time.'”

Bakich teamed up with Texas-based manufacturer and DIY influencer April Wilkerson, a woodworker and metal worker with more than 237,000 followers on social media. The duo crafted HerDesk, a customizable line of desks with built-in modern conveniences like dry-erase boards, coasters, ample charging ports, power outlets, storage, and hooks for briefcases, purses or tote bags. It can also be fully assembled in 10 minutes using only a screwdriver.

Bakich’s HerDesk products are designed to be built in just 10 minutes using only a screwdriver. (Dania Bakich)

Meanwhile, the home-furnishing and renovation markets continue to skyrocket, with homeownership on the rise, and remote work sparking ideas for DIY projects around the house. And women seem to be driving sales of home improvement products like power tools, paint and outdoor furniture — according to consumer data from Ace Hardware, more than half of online hardware shopping customers (53%) were women.

NETFLIX ‘GET ORGANIZED’ LIKELY CONTRIBUTING TO SALES AT THE CONTAINER STORE

Coupled with demand for design-themed social media accounts and television shows — such as Netflix’s hit “Get Organized With The Home Edit,” which has sent sales at the Container Store through the roof —  Ace Hardware has also been inspired to start offering its own female-forward content centered around home design. The Illinois-based chain is debuting a new show on its YouTube channel, “Leftovers with Annie,” which tasks its host with coming up with new ways to use products from paint to power tools in home design projects.

Kim Lefko, the senior vice president and chief marketing officer at Ace Hardware, said the new series was just one of the company’s “low-stress opportunities for people to learn more and feel empowered to get the job done,”

“Viewers can get the design inspiration, learn new techniques, and so much more,” Lefko said.

Bakich also wants to empower design-lovers to get building on their own — and not just desks. The HerDesk Instagram page features a mini-tutorial on how to use a power drill for tasks like adding hinges to shutters, to decorate a home office space. She now says followers are engaging even more, and some are sliding into her DMs with new business ideas.

“I’m getting DMs on Instagram with people saying, Hey have you thought of this?’ or ‘What about building a standing desk?’ I’m all for hearing it,” Bakich said.